His BET+ series “Bruh” examines the contemporary world of dating, career, and friendship through the lens of four African American men with a brother-like bond. ‘Tom’ (Cocci), ‘John’, ‘Mike’ and ‘Bill’ are four college friends now in their thirties. Tom is a doctor with lady problems, but he is also the glue that holds the group together. As they navigate life, they are learning to stand on their own two feet, while relying on each other for support. Sometimes the love is tough, and the honesty brutal, but no matter the situation they see each other through with levity and laughter. In a society where companionship between men of color is often misjudged and misrepresented, the show depicts a healthy image of black brotherhood, embracing vulnerability without playing on stereotypical hyper-masculinity.

The Lovebirds is a new rom-com from Paramount/Netflix that tells the story of couple ‘Jibran’ (Kumail) and ‘Leilani’ (Issa), who on the brink of breaking up, get unintentionally embroiled in a bizarre murder mystery. As they get closer to clearing their names and solving the case, they need to figure out how they, and their relationship, can survive the night. Cocci portrays ‘Keith,’ a potential love interest to Leilani who gets in the way of her relationship with Jibran.

Cocci was born in Minneapolis, MN, and was raised by his mother, Stephanie. Education was always emphasized growing up, and Mahdi earned a full Navy ROTC scholarship to the University of Pittsburgh. He put his burgeoning modeling career on hold to serve as an officer in the Navy upon graduation. After serving honorably, Mahdi shifted gears and pursued a career in acting. His first professional credit was earned on the TV series, Dynasty, in 2018, and soon followed by roles on other network shows, including The Gifted, The Resident, MacGyver, and more! He currently resides in Atlanta, GA, where he works tirelessly to build his career.

FilmCentral Magazine recently caught up with Mahdi Cocci to discuss his journey in the entertainment industry and here’s what went down:

I grew up in Minnesota and went to the University of Pittsburgh on a Navy ROTC scholarship. I graduated with a B.S. in Economics, then I was commissioned as an officer into the Navy upon graduation. I served honorably for 10 years but walked away from the military to pursue my dream of acting. I’m a guy who really believes in human beings, and our ability to connect and relate to one another. We are more similar than different, and I believe the differences we do have can bring us together through curiosity instead of dividing us. 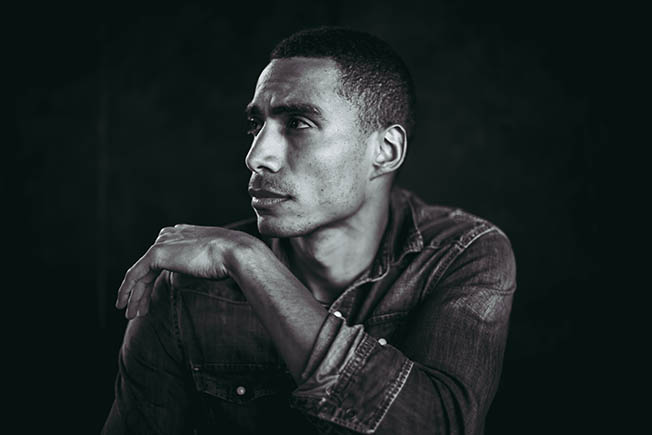 How did you get started in the acting industry?

A local model agency scouted me while I was in high school. They placed me with a New York agency, which started my introduction to entertainment.

I am most moved by human connection, interaction, and the stories we can bring to life. I get to experience so much through different scripts and characters, which makes being an actor so rewarding.

Can you tell us about your role in Bruh?

I play Dr. Tom Brooks. I am the level-headed voice of reason for this close-knit group of 4 men. We are all friends from college, now in our 30s, navigating different aspects of our lives from professional, dating, and friendship issues.

Anyone who values strong friendships, and appreciates the person who is the glue that holds them together.

In many ways, Tom is very similar to who I am in my personal life. I am often the voice of reason within my friend group and look at most situations from a logical standpoint versus being overly driven by emotion. Unlike Tom, after one semester of being a pre-med student, I decided not to pursue the path of becoming a doctor (laughs). I realized it was not for me, but playing a doctor on TV still made my mom proud! 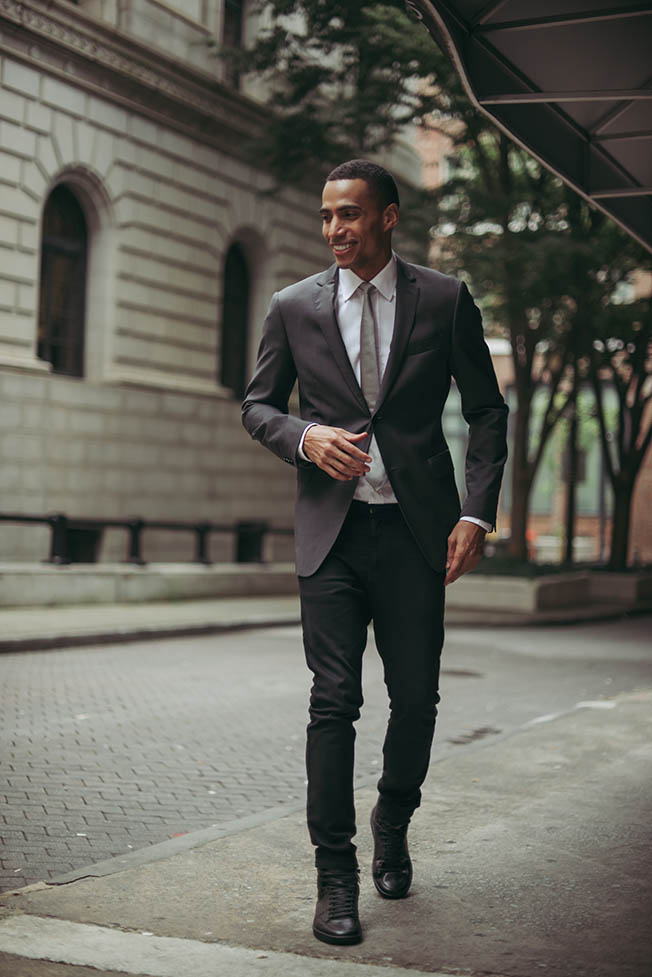 Two challenges come to mind immediately. It was my first opportunity to play a lead character. In my previous work, I had gotten comfortable in my anonymity playing less integral roles. The demand and workload that came with playing Tom caused me to learn and adjust on set. In addition, there were topics that are covered in the story that hit close to home for me personally. Having to show my vulnerability stretched me as an actor and was something I had to work hard on throughout the show.

Besides yourself, what celebrity would you like to see tackle this character?

Mahershala Ali is who comes to mz watch.

Besides yourself, which actor in this series is going to blow people away?

I’m truly such a huge fan of my castmates, that I think they all will in different ways. If I had to single one out, I would say watch closely for Alyssa Goss, who plays Pamela. She is phenomenal and bound to do great things in her career. There is a real rawness and truth in all her work that I admire, and think others will as well.

If you could play any other character in this series, who would it be?

It would be Bill because I relate to his storyline. As men, we have all experienced the “one that got away”. It would be interesting to have a chance to explore that experience and rollercoaster of emotion of trying to get her back.

I have always appreciated the small wins on my journey. Booking my first professional acting job, playing a cop on the TV series Dynasty, and hearing that “Yes, we want you for this” was huge for me. It validated that I wasn’t completely crazy to even believe I could make this into a career. Before that booking, it was still a pipe dream, and that moment made it real and tangible.

Tyler Perry is someone I can’t speak highly enough about. His tireless work ethic and commitment to servant leadership put him in a league of his own. If only a small percentage of that rubs off on me I’ll be set for life. Also, Jimmy Gonzales, who is a fantastic actor, and has been a true mentor and friend to me on my journey. He constantly challenges me to be better and inspires me to be generous in my work and life. 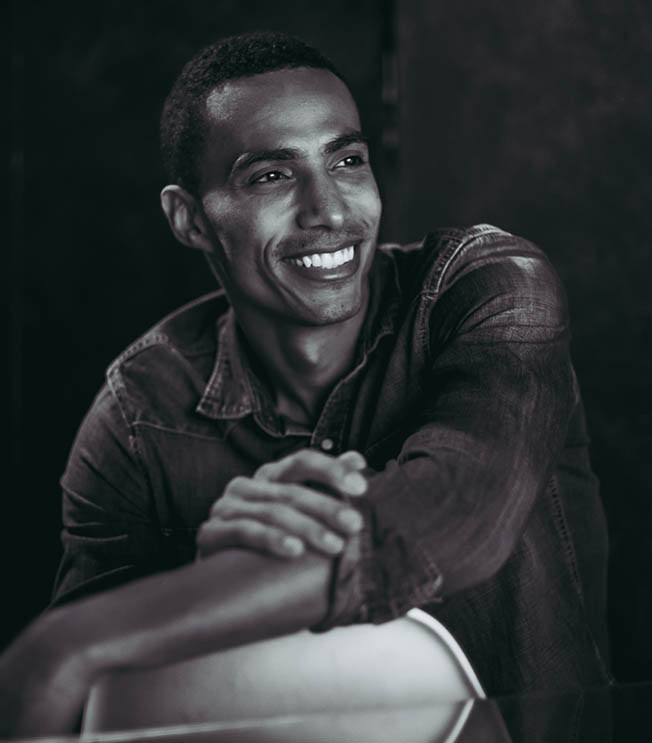 How active are you on social media?

A lot more than I used to be. I am learning how rewarding it is to have a place to connect with people who connect with the stories I get to tell. Some folks get really into it, and so do I, so I love to hear from them!

What is your favorite social media platform?

Instagram, because it’s the easiest to navigate and it’s visual.

Career-wise, I am continuing to look for opportunities to challenge myself in my work. I want to play parts that honestly scare me. Beyond my career, I strive to travel more, experience new things and meet more people. Life has so much to offer and I want to make the most of it.