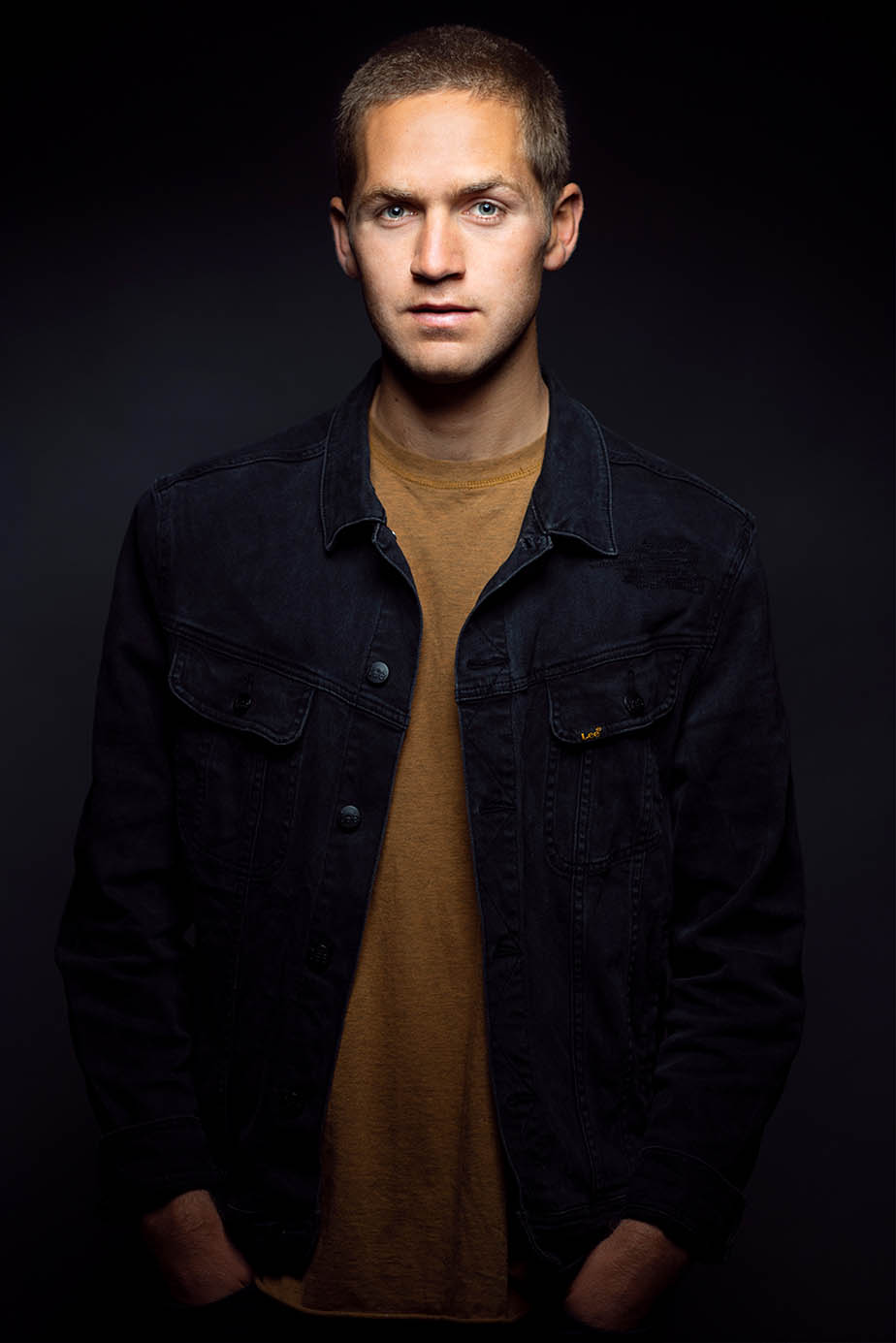 Accepted at the age of 17 years old, George Pullar attended the prestigious, Western Australian Academy Performing Arts, where he trained extensively in theatre and screen in its coveted three-year acting degree. Since graduating in 2017, he has forged an impressive stamp on the Australian screen and more recently, established himself in the United States and abroad.

Fresh out of drama school, George played Larry Gray on Foxtel’s A Place to Call Home for which he was recognised by the Australian Academy of Film and Television and nominated as best new talent. In the same year, he also played a supporting lead on Foxtel’s acclaimed miniseries Fighting Season about returned soldiers from Afghanistan. In 2018, he was listed by the Casting Guild of Australia as one of the nation’s rising stars. He is recognised for his work as Daniel Fletcher on Chanel 10’s hit show, Playing for Keeps, and was involved in all episodes of its two seasons.

He also voiced the role of Bradley Burrows in the Universal Animated Film, Combat Wombat. Shortly after, George played the lead role of Tyler in the Australian Feature Film, Moonrock for Monday. He was awarded by the Australian Screen Network Industry, best lead actor in a feature film. In late 2019, George scored his international break, working alongside golden-globe winner Michael Chiklis, on Paramount Plus’ Coyote. He was directed by Michelle Mclaren who is known for work on Breaking Bad and Game of Thrones. Since returning back to Australia in 2020, George wrote, acted, and produced his own dark comedy short film, Stonefish, set for a festival run in 2021. George has recently wrapped on the feature film It Only Takes A Night, where he plays the romantic lead. The film is also set for release in late 2021. Currently, George is filming the ABC Series, Barrons, in which he plays American Businessman and co-leading role of Bernie Hunter Junior.

FilmCentral Magazine recently caught up with George to discuss his journey in the entertainment industry and here’s what went down:

I grew up in Queensland and base myself out of Currumbin on the Gold Coast when I’m not filming. I’m a twin (with a girl) and one of four kids in a very adventurous, chaotic, big family. Proud owner of a Senior Labrador, Lord Archibald (14), and an over energised British Bulldog, Theodore (4). I love to travel particularly anywhere near the ocean or the snow and am a diehard Brisbane Lions fan.

Honestly, I chose drama as a bludge subject in Year 11 to balance out a heavy workload. Then I broke my leg quite badly on a holiday and Drama had turned out to be my best subject. My drama teacher encouraged me to audition for the school play, seeing as I was injured and had the time, and so I did, and that was that. Pretty quickly discovered it was the only thing I’d studied that came quite naturally to me and my teacher really planted the idea that I could pursue this and make something of it. So, I auditioned for WAAPA at 17, not really expecting to get in, and then I did and that really set me up. I think teachers are pretty amazing in the way they can impact an entire life.

I’ve always been very curious. I ask too many questions, too quickly, I’m told. Acting gives me a chance to really satisfy that curiosity about people and life in general. I love stories of any kind, children’s books, sporting legends, at the pub, in the cinema, or over a family dinner, I feel like I’m always looking to appreciate the joy and confusion and shortcomings in humanity. I suppose because I’ve always felt that way myself and acting in a strange way, helps me understand who I am and perhaps why I’m here. It also just beats sitting at a desk or shovelling concrete.

I think they’re becoming more similar. Typically, TV can feel a lot more formulaic and the shooting pace is a lot faster. In my experience, film feels a bit more collaborative. There’s something comforting in knowing where it ends, the director has a vision that starts and finishes and so you can really arch out where your character travels. Whereas TV there’s a lot more guessing and working the fly. But ultimately it doesn’t affect how I approach it. It’s all the same for me. 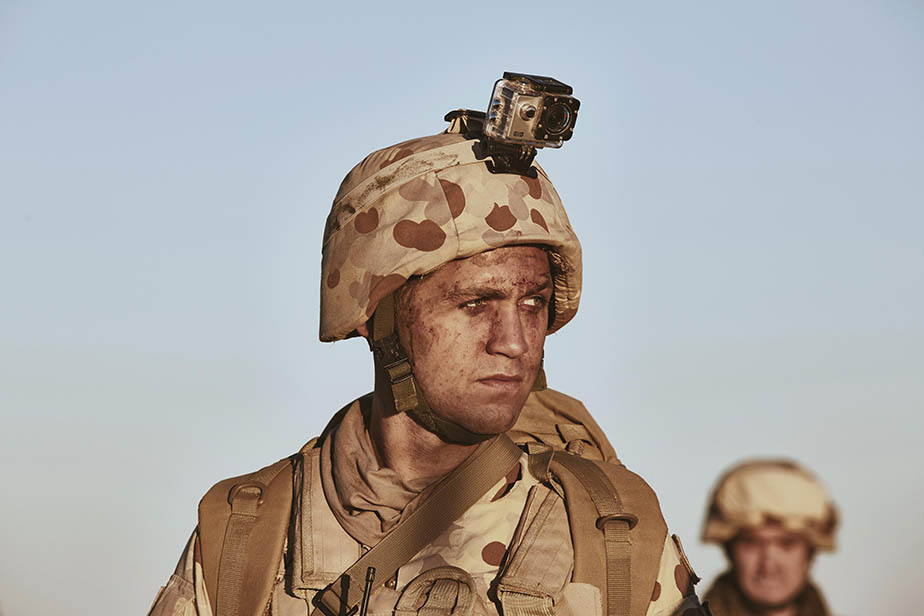 I think I still suffer a bit from wanting to be ‘likeable’. That’s only natural. You want the audience to like you. But that’s not actually my job and that’s not really how it works. Audiences invest in authenticity. When they see something on the screen that they know exists or could exist in their world, they’ll invest. It’s my job to just be true to the character. Even if that means doing things or behaving in a gross way. It takes courage to do that because it’s very revealing of your own demons and flaws. But that’s what great acting is. Exposing yourself. I’m trying a lot harder to create characters you pity rather than are jealous of or impressed by. And all I have to do is watch any of Phillip Seymour Hoffman to remind myself of what this is all about.

I just genuinely care. I always care about the person I’m playing and don’t think about them as a ‘character’. I think when you truly care, you bring your own heart to it and perhaps some real vulnerability. And that’s what I like to watch on screen. I also would like to think I’m fun to work with and am always open to whatever another actor has to throw at me. I love surprises!

Telling the Story is the single most important thing. I know that sounds kind of obvious, but on a set, it can be very easy to be distracted by superficial details or your own self-interest. Screenplays are written as emotional machines. They’re engineered with a specific structure with peaks and troughs and escalating story beats and tension that we should all adhere to. Simplicity is key. Great directors are good at reminding you we’re just here to tell this story. That’s what it’s about. Not your abs or your need to be constantly smoking in every scene. 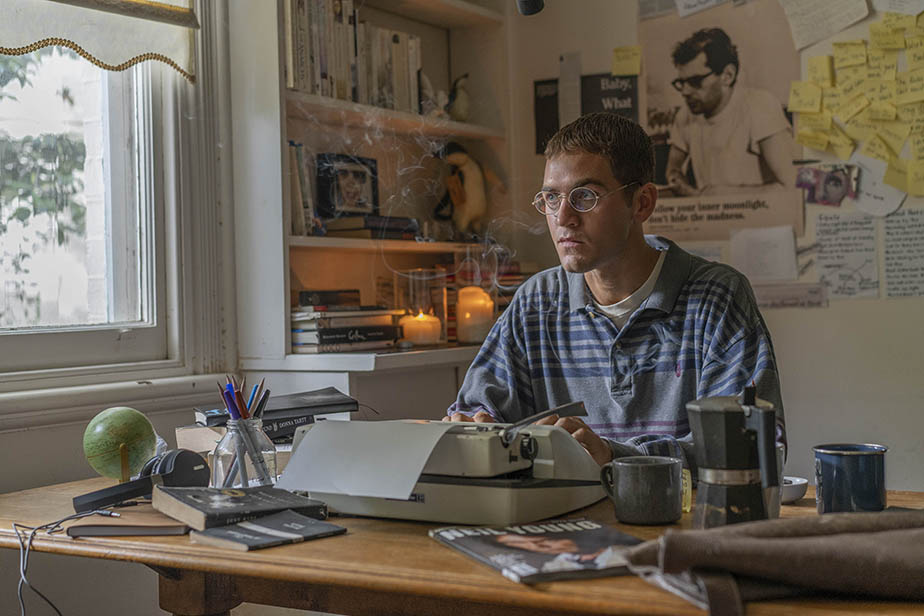 I think the first challenge is making sure everyone, across all the departments, is trying to bring the same script to life. Sure, the words remain the same for everyone, but we all need to be visualising the same film, and the same tone. Once you’ve got that cohesion from the production design to the actors to the DOP and so on, you give yourself a chance of creating a world that is true to that story.

I surf. Play with my dogs. Chill with my girlfriend. And read and write a lot.

Getting to act in the first thing I’d written and being directed by one of my best friends, Megan Smart, in our first short film – Stonefish (set for release later this year). I can’t wait to act on more stuff I write and produce. It’s all-consuming and deeply satisfying.

I recently shot a US Series in Mexico alongside Michael Chiklis. He’s had an amazing career and has become somewhat of a mentor to me. He had some Hollywood stories that blew my mind. But I think everyone that works in the film industry is interesting. It’s a bizarre and bold thing to do with your life and naturally draws a fascinating crowd. I’ve always been impressed by Unit Operators, those guys and girls that set trailers up at insane hours, first to arrive, last to leave, and always seems the happiest and funniest on set. I think some of them should have been actors.

Aside from the physical differences, I reckon my little sister would crush it. She’s always been a great mimic and quick to point out the flaws I struggle to see in myself. Her interpretation would be tough to watch but probably fairly accurate.

Make my own movies. Act in them. Act in other people’s movies too. Surf. Have a family. With lots of dogs and maybe one day write children’s books. At least for my own kids.

Is there is anything else interesting you can tell us about yourself?

I have a crippling addiction to peanut butter and black coffee.