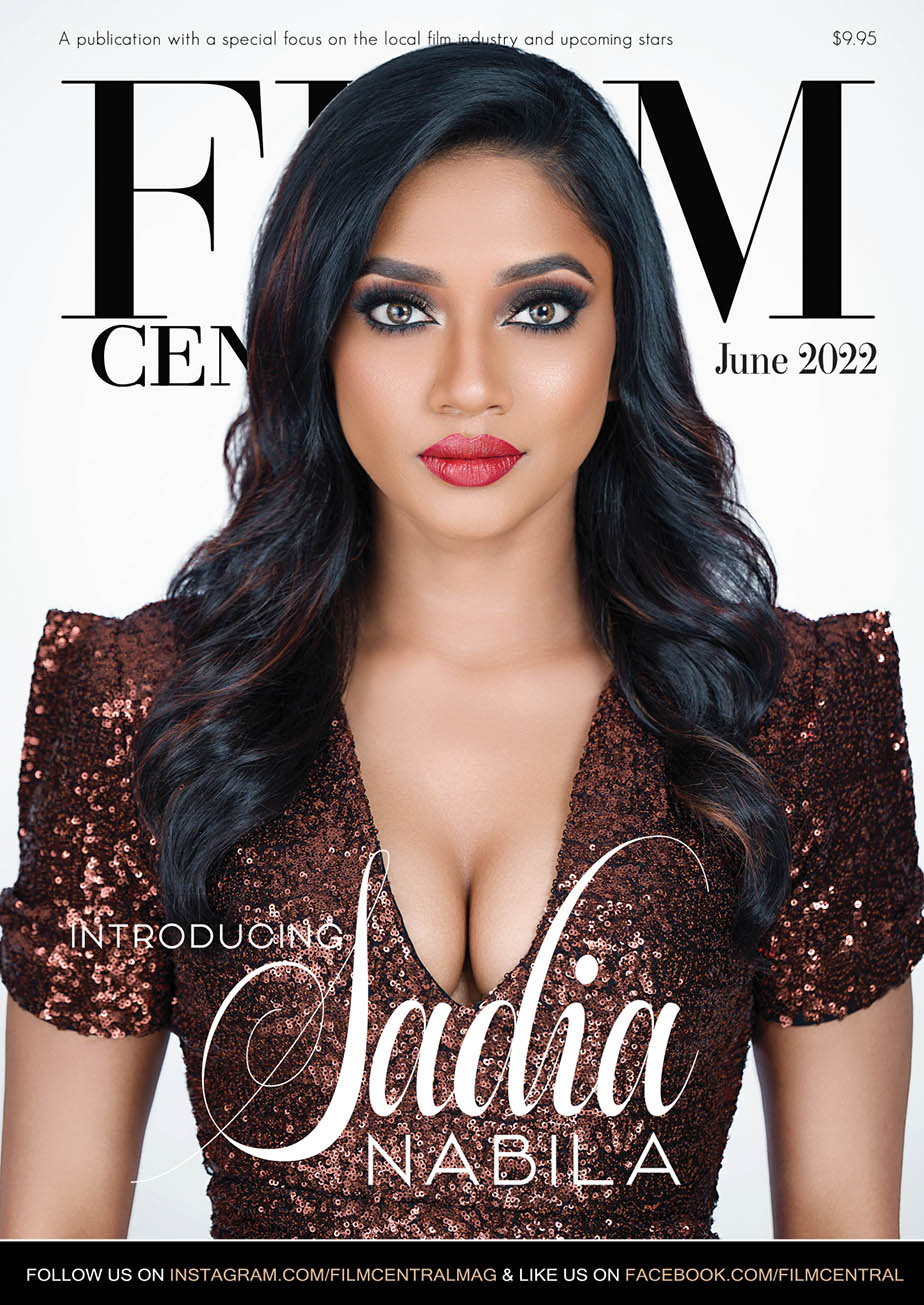 Sadia Nabila is a Bangladeshi Australian actress and model who has been in the modeling industry for over nine years. So far, she has done three full-featured films and a number of short films as well as TV commercials.

She has been recently nominated for one of the most prestigious awards in Bangladesh called “Meril – Prothom Alo Award” in the “Best Actress” category. She has always believed in breaking the glass ceiling, trying to go one step closer every day. She wants to be a voice for all those women out there who are scared to follow their hearts; she also wants to be a voice for the South Asian women living in other countries; she wants them to know that you can still dream big and work towards your dream even though you are far away from your birthplace.

FilmCentral magazine recently caught up with Sadia to discuss her journey in the industry, and here’s what went down:

Could you please tell our readers a brief background about yourself and how you started your career?

My journey in the creative field started at a very young age. I still remember my very first stage performance at the age of 5. I was enrolled at both the dance and music academies back then, and I also had private lessons at home. Cultural activities have always been part of my life, and I genuinely loved every bit of it.

My parents have been my biggest supporters, so I would never have achieved all my things without them. They took me to all the local and national competitions, and I always had lots of shows going on at once. My father worked in defense, he made sure I was disciplined, and both mom and dad pushed me to get good marks in school and taught me time management skills, which were valuable when it came to all the competitions and other activities. I was attracted to the television industry from a very young age, and I used to tell my mom I wanted to be an actress when I grew up. My first modelling shoot was in year 10, I worked on some music video projects after that. When I was in uni (University of Canberra), I did multiple fashion shows, shoots, and other activities while teaching dance in a Bollywood dance school.

In 2017 I randomly took part in a beauty pageant, and I was crowned 1st runner up. Soon after that, I got an offer for a Bollywood film, “Pareshaan Parinda” – which was released in 2018. I worked in Bangladesh media, and I did several TVCs and short films. I am constantly traveling between Australia and Bangladesh, working in the industry.

In 2019, I got an offer to work in the Bangladeshi film “Mission Extreme” alongside Arifin Shuvoo; this film is the sequel to one of Bangladesh’s highest-grossing films, “Dhaka Attack” (2017). We shot the movie from 2019 through to 2020. “Mission Extreme” was released worldwide in December 2021. My next film, “Blackwar – Mission Extreme 2,” is scheduled to be released in six months. I have been recently nominated for one of the most prestigious awards in Bangladesh called “Meril – Prothom Alo Award” in the “Best Actress” category. Soon, I will be flying overseas for this event. As I said, I am constantly traveling back and forth (laughs).

Acting is magical to me. I love how I can use my creativity to turn into so many different people, connect to the audience and make it real. Acting requires me to use my imagination to bring the character out in a way that the audience can relate to; this power itself is incredible, and this feeling is so freeing and exciting. I think this is what I like most about acting.

What are your weak points when it comes to acting?

I feel like, at times, I am too hard on myself, and I let myself fall into the trap of seeking perfection. Even when I nail a scene, I tell myself I can do it better. I know some might think it’s a good thing, but it can sometimes be bad as well.

I think my strong points are that I am very hard working, give everything I have and don’t give up until I feel I have gotten the scene right. I have done shoots 24 hours straight without sleeping and left the set with a smile because I am always completely invested in my projects, and I give 100% in everything I do.

What have you learned from the directors you have worked with throughout your career?

I am a learner; I am always trying to learn something new from everyone. So over the years, I have always tried to gather as much knowledge as possible from my directors and improve my skills. The way they envision and expect you to bring a character to life, the mutual understanding itself is the key to making any project successful. If you don’t understand your director well, you can not execute their vision of your character, which will reflect on the screen. So before any project, I always have longer brainstorming sessions with my directors to prepare myself mentally. They have honestly helped me a lot to expand my knowledge. 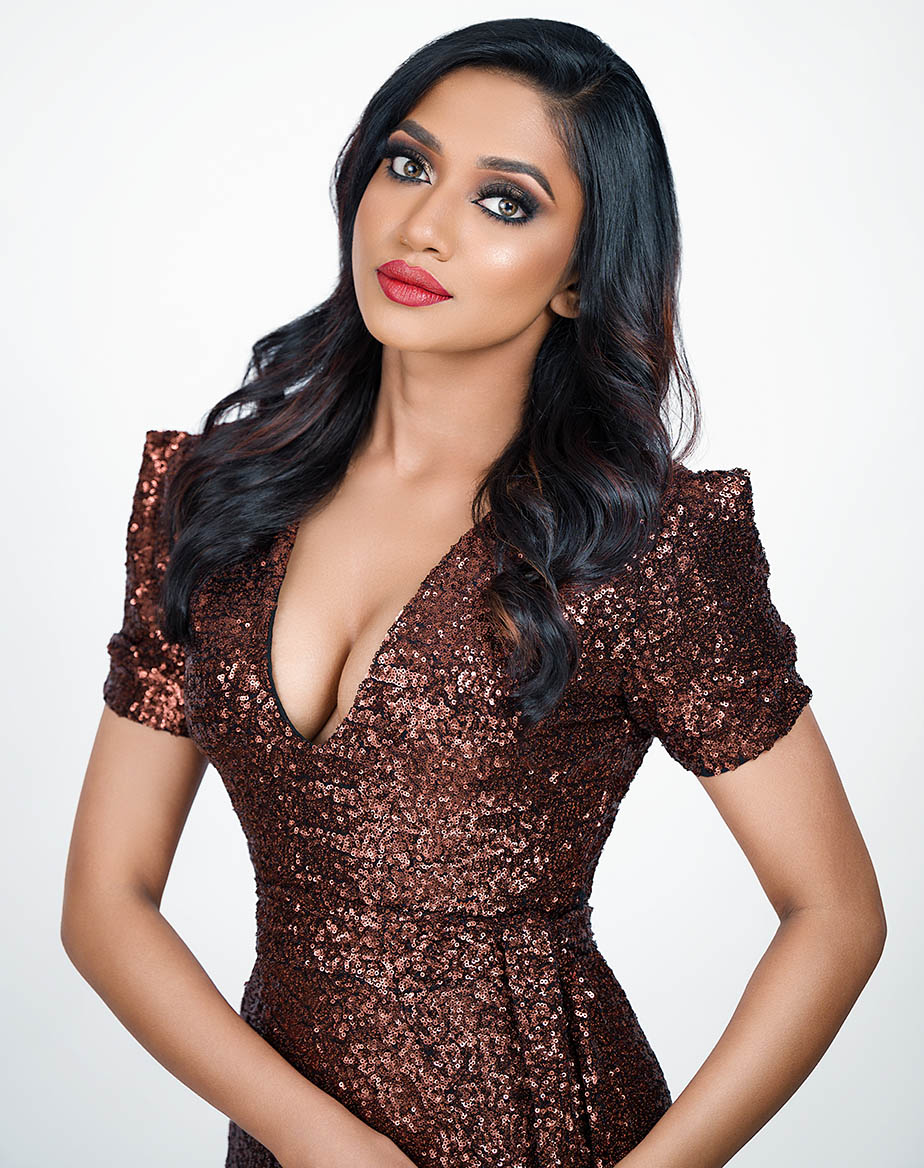 I think it varies from person to person. There are so many talented people out there. Only some people get the opportunity to come into the spotlight, and some don’t. So it’s a hustle and a bit of luck. However, once you are in the spotlight, you have to keep on hustling even more to hold onto your position because everyone will have high expectations, and you do not want to lose your position.

I feel like it’s a process. A script requires an actor to become someone else, and you can’t make it happen overnight. There’s a lot of preparation involved. We need to read our scenes repeatedly so that they can sink in, and only then can we act naturally because we actually become the character itself. It takes a lot of brainstorming and can be time-consuming.

With both modelling and acting, I actually have a very tight schedule. Other than that, I have a business in Canberra. Growing up, I always felt for the people with needs. So my company, “Innovative Support Solutions,” provides services to people with vulnerabilities and disabilities to empower them to reach their full potential as active community members. Plus, I love kids. So every now and then, whenever I get a chance, I try to spend time with the special needs children.

In my latest film, I played a character I could relate to so much to myself. It was about a hard-working woman who loves her work so much but is pressured by her fiance to quit her job and get married and settle down, which is a shame. So in one of the scenes, she broke off her engagement and had a meltdown, thinking that things are so unfair for women in some societies. I saw many people cry in the theatre during that particular scene. Many people have written on social media about my character. They can also relate so much that I have gotten hundreds of messages after the movie’s release, and everyone praised my acting. Some said they wanted to be like me one day, and that made me so happy and emotional at the same time. I guess that’s the most memorable experience of my career so far.

I find people fascinating. As I said, I like to learn from everyone. So it’s interesting how every person I meet is different from the other. I never really had an idol, I am just constantly learning and growing, and every single person I have met in my journey has taught me something and left some impact on my life. 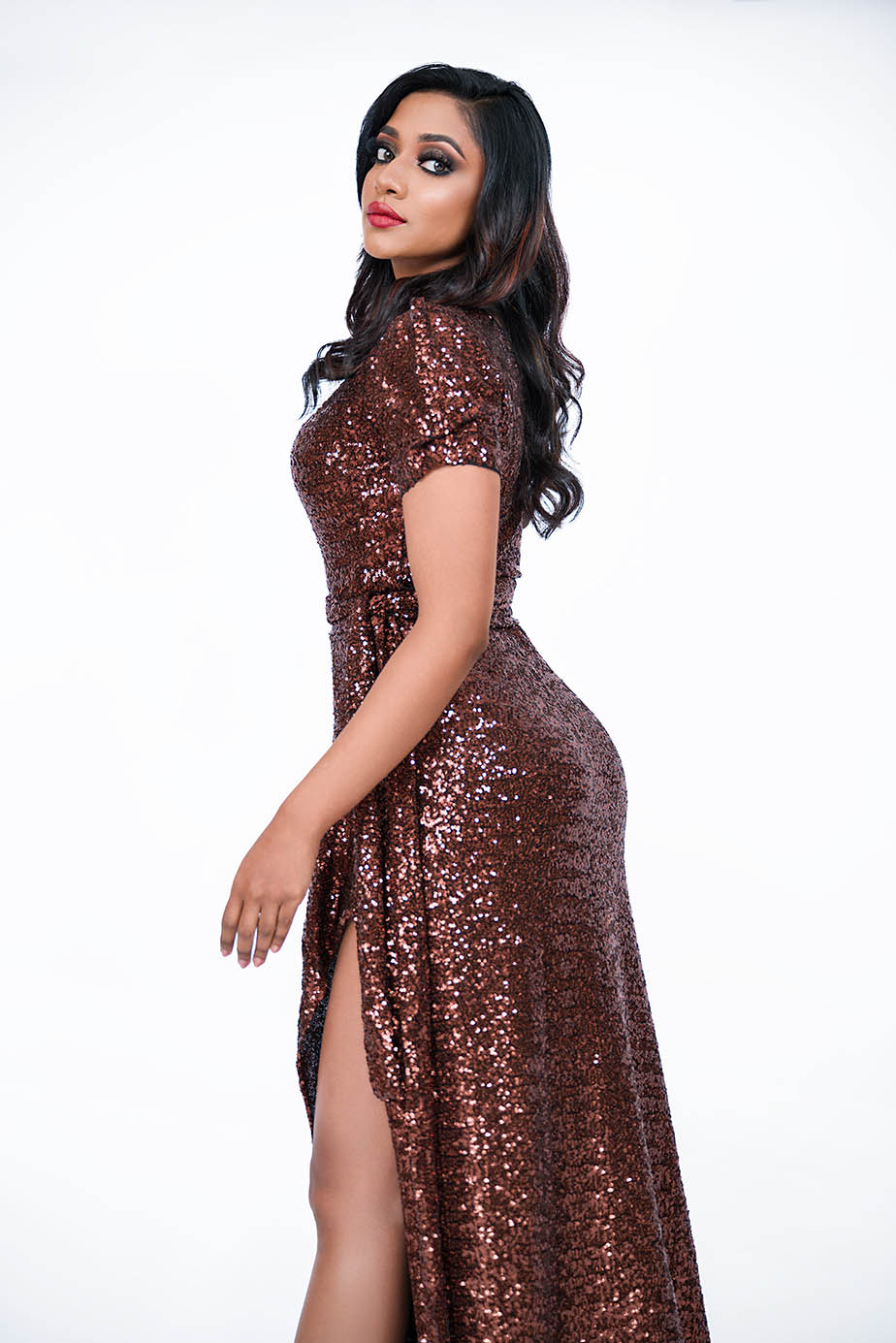 Not sure (laughs); I would love that to be played by someone who completely understands my journey and can portray it accurately. Not just focus on my achievements but all the obstacles I had to go through to get to where I am now. The whole team will have to have a pretty long brainstorming meeting with me at the beginning stages (laughs).

I believe in hard work and destiny, and I know I will always be in show business. I have always listened to my heart and followed my dreams. Life is too short to be unhappy doing things we don’t want to do. I never tried or wanted to live my life how others wanted or expected. I am living my best life because this is what I chose for myself. I want to keep working hard the same way because I always believed our future depends on what we do in the present.