A new trailer for 20th Century Studios’ “Death on the Nile” is here. This tale of passion and jealousy, which is directed by and stars five-time Academy Award® nominee Kenneth Branagh and features an all-star ensemble cast, opens in Australian cinemas February 10, 2022.

Belgian sleuth Hercule Poirot’s Egyptian vacation aboard a glamorous river steamer turns into a terrifying search for a murderer when a picture-perfect couple’s idyllic honeymoon is tragically cut short. Set against an epic landscape of sweeping desert vistas and the majestic Giza pyramids, this dramatic tale of love gone wrong features a cosmopolitan group of impeccably dressed travellers and enough wicked twists and turns to leave audiences guessing until the final, shocking denouement.

Filmed with 65mm Panavision cameras in late 2019, “Death on the Nile” transports audiences to the 1930s, recreating many of the locations that served as inspiration for Christie’s glamorous, high society thriller.

With audiences returning to cinemas, Disney has committed to an exclusive theatrical release for “Death on the Nile.” 20th Century Studios production president Steve Asbell says, “Ken’s sweeping, elegant vision for this classic story deserves to be seen on the biggest screen possible. We’re so proud of this film, our brilliant cast, and the stellar work that went into bringing ‘Death on the Nile’ to screen. We know that audiences can’t wait to experience Hercule Poirot’s next adventure, and we’re thrilled to continue working with Ken as he lends his masterful storytelling vision to the newest film in this celebrated franchise.”

James Prichard, chairman and CEO of Agatha Christie Ltd., says, “More than 100 years after the publication of Agatha Christie’s first novel, her crime fiction works remain immensely popular and continue to be discovered anew by people around the world. I’m thrilled that Disney and our partners believe in this franchise, which has helped introduce millions of new fans to Christie’s classic works. We’re honored to be in business with Disney, Ken, and all who are dedicated to preserving the long legacy of these titles for future generations.”

Set in Sydney, 1999, after an unlikely encounter at a train station, a young terminally ill girl befriends a fugitive teenage boy and they travel to visit a moon rock that the girl believes will heal her

MONDAY, a nine-year-old girl home-schooled by her father BOB (Aaron Jeffery) in Sydney. Due to her terminal illness, Monday’s only contact with the outside world is her weekly visit to the hospital. Monday’s imagination is captured by the Moon Rock (Uluru) which she believes will heal her and desires to travel to the middle of Australia to find it. By a twist of fate. She becomes caught up in a police chase involving TYLER (George Pullar), a street kid with a massive heart. Tyler uses Monday to evade the police, but despite the circumstances, they soon form a friendship.

They decide to go on the run, road tripping to the Northern Territory to find the Moon Rock. Along the way, they meet a cast of outback characters, some helpful and some not-so. Meanwhile, Bob is desperately trying to track his daughter down before DETECTIVE LIONELL ( David Field) and the police – who are out for blood. It all culminates in a gripping finale set in the heart of Australia, and a heart-warming end to a touching journey of friendship.

The historical epic is a cinematic and thought-provoking drama set in the midst of the Hundred Years War that explores the ubiquitous power of men, the frailty of justice, and the strength and courage of one woman willing to stand alone in the service of truth. Based on actual events, the film unravels long-held assumptions about France’s last sanctioned duel between Jean de Carrouges and Jacques Le Gris, two friends turned bitter rivals. Carrouges is a respected knight known for his bravery and skill on the battlefield. Le Gris is a Norman squire whose intelligence and eloquence make him one of the most admired nobles in court. When Carrouges’ wife, Marguerite, is viciously assaulted by Le Gris, a charge he denies, she refuses to stay silent, stepping forward to accuse her attacker, an act of bravery and defiance that puts her life in jeopardy. The ensuing trial by combat, a grueling duel to the death, places the fate of all three in God’s hands.

“The Last Duel” is based on Eric Jager’s book The Last Duel: A True Story of Crime, Scandal, and Trial by Combat in Medieval France, which brings the turbulent Middle Ages to life in striking detail. When etiquette, social aspirations and justice were driven by the codes of chivalry, the consequences for defying the institutions of the time – the Church, the nobility at court, a teenage king – could be severe. For a woman navigating these violent times, one who had no legal standing without the support of her husband, the stakes were even higher.

“I love working with Matt, so it was an added bonus to be able to work with him and Ben as both actors and as screenwriters, along with Nicole Holofcener, and I knew it would be a great result,” says director/producer Ridley Scott. “I had admired the show ‘Killing Eve’ and had been looking for the opportunity to present Jodie Comer with a challenging role. Her performance as Marguerite will make her one of the great actresses of her generation.”

“This film is an effort to retell the story of a heroic woman from history whom most people haven’t heard of.  We admired her bravery and resolute determination and felt this was both a story that needed to be told and one whose drama would captivate audiences the way it moved us as writers. As we further explored the story, we found so many aspects of the formal, codified patriarchy of 14th century Western Europe to still be present in vestigial ways (and in some cases almost unchanged) in today’s society,” says Nicole Holofcener, Ben Affleck and Matt Damon. “We chose to use the device of telling the story from several character’s perspectives in order to examine the immutable fact that although often multiple people who experience the same event come away with differing accounts, there can only be one truth.”

Check out the trailer below courtesy of 20th Century Studios AU:

It looks like HBO has begun the casting process for the up and coming Game of Thrones prequel series ‘House of the Dragon.”

According to Entertainment Weekly, HBO has begun casting for the much-anticipated Game of Thrones prequel named House of the Dragon. The premise is set 300 years before the current story of Game of Thrones, and it’ll apparently focus on the House Targaryen. EW also confirms that the pilot series has roughly around 10 episodes.

When George RR Martin was interviewed regarding this prequel, he said; “I expect to be involved in all of this to some extent… and, who knows, if things work out, I may even be able to script a few episodes, as I did for the first four seasons of GAME OF THRONES.

“But… let me make this perfectly clear… I am not taking on any scripts until I have finished and delivered WINDS OF WINTER. Winter is still coming, and WINDS remains my priority, as much as I’d love to write an episode of HOUSE.”

House of the Dragon will be based on George RR Martin’s Game of Thrones book Fire & Blood so we can’t wait to get stuck into this series!

Netflix has just released a trailer for Jamie Foxx’s latest film called “Project Power” and it looks pretty damn EPIC! Similar to the 2011 film “Limitless,” this new movie is also based on a powerful pill. While in Limitless, whoever takes the pill gains the ability to use the full extent of their brain, the pill in Project Power is a bit different — it can actually give whoever takes it temporary superpowers.

Here’s the full synopsis of the movie according to Netflix: “On the streets of New Orleans, word begins to spread about a mysterious new pill that unlocks superpowers unique to each user. The catch: You don’t know what will happen until you take it. While some develop bulletproof skin, invisibility, and super strength, others exhibit a deadlier reaction. But when the pill escalates crime within the city to dangerous levels, a local cop (Joseph Gordon-Levitt) teams with a teenage dealer (Dominique Fishback) and a former soldier fueled by a secret vendetta (Jamie Foxx) to fight power with power and risk-taking the pill in order to track down and stop the group responsible for creating it.”

Check out the trailer below courtesy of Netflix (screenshot from Netflix):

The current global lockdown caused by the coronavirus has everyone stuck inside their houses so what better way to cope with the isolation than to start getting up to speed on the latest romantic movies and TV shows in Netflix right?

If you’re a fan of rom-com then you’re in luck because Netflix has something special coming up for you.

The film revolves around Jack (Sam Claflin) who tries his best to make it through his little sister’s wedding without any hiccups. Unfortunately, chaos eventually ensues created by ex-girlfriends, jealous rivals, and even party crashers.

Jack himself is focused on getting a second shot with Dina (Olivia Munn), the “one who got away” years ago. As he tries to maintain peace within the wedding guests, Jack also attempts to finally make things work with Dina.

BUT…. there’s actually a big twist in Love Wedding Repeat: each wedding day scenario takes place in an alternate universe, which generates a new outcome depending on Jack’s every decision. Cool huh?

Love Wedding Repeat premieres on Netflix on April 10th and we can’t wait – check out the trailer below: 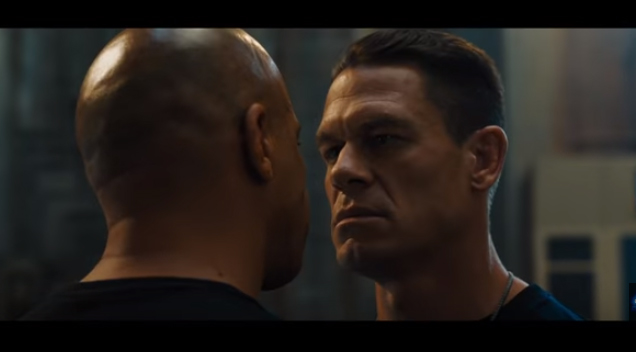 Check out the trailer below courtesy of Universal: