NOT OKAY follows Danni Sanders (Zoey Deutch), an aimless aspiring writer with no friends, no romantic prospects, and — worst of all — no followers, fakes an Instagram-friendly trip to Paris in the hopes of boosting her social media clout. When a terrifying incident strikes the City of Lights, Danni unwittingly falls into a lie bigger than she ever imagined. She “returns” a hero, even striking up an unlikely friendship with Rowan (Mia Isaac), a real trauma survivor dedicated to societal change, and scooping up the man of her dreams, Colin (Dylan O’Brien). As an influencer and advocate, Danni finally has the life and audience she always wanted. But it’s only a matter of time before the facade cracks, and she learns the hard way that the Internet loves a takedown.

Check out the trailer below: 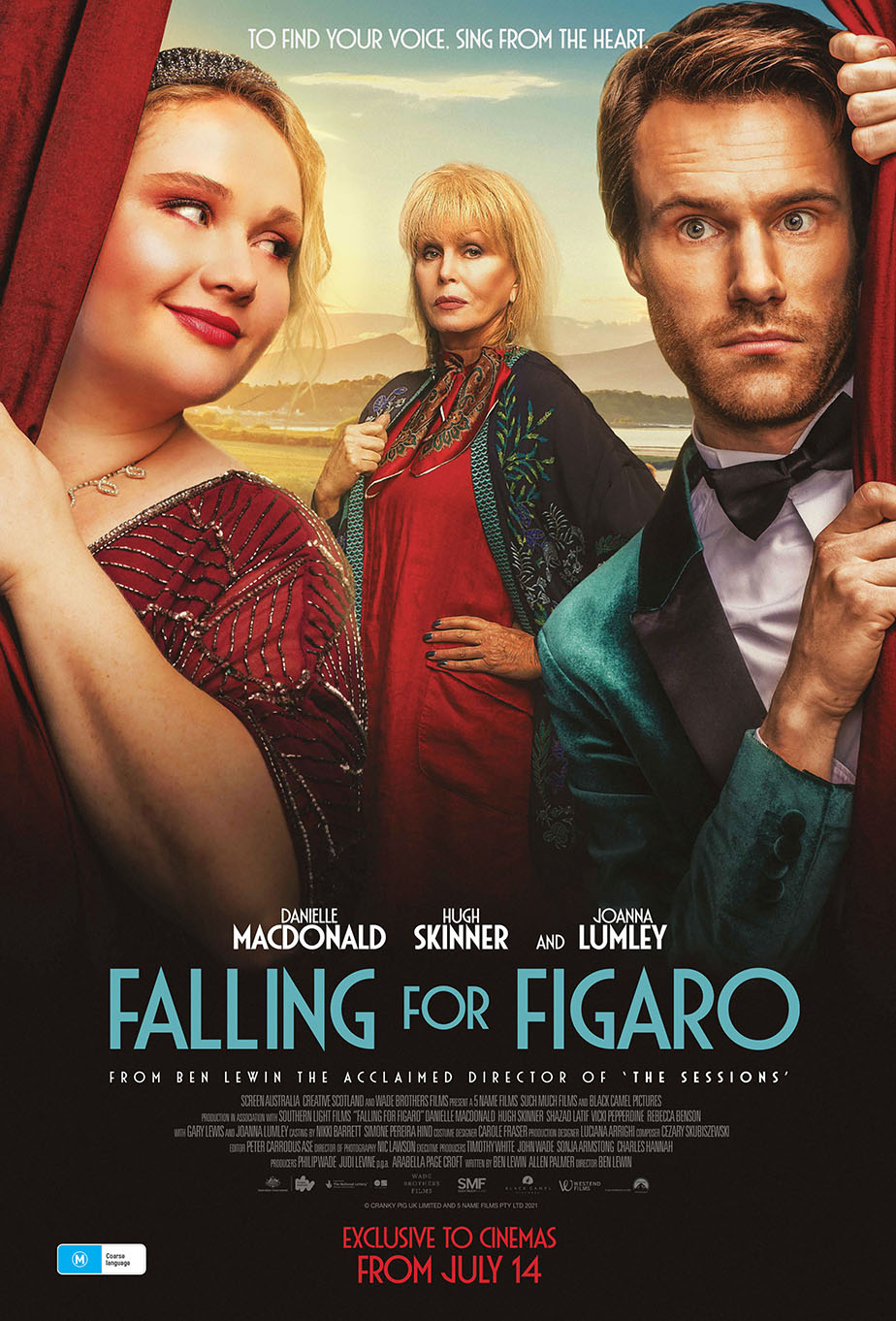 Falling for Figaro is a romantic comedy set in the brutal world of opera singing competitions. The story unfolds in the tiny Scottish village of Drumbuchan, the home of Meghan Geoffrey-Bishop, a fearsome singing teacher who believes that only with a broken heart can you really learn how to sing. Preparing her two students, Max and Millie, for the same competition, Meghan manipulates their love lives to get the best performance out of them.

Check out the trailer below:

20th Century Studios has released a new trailer for “The Bob’s Burgers Movie,” which will open in Australian cinemas on May 26, 2022.

The new trailer debuted at WonderCon in Anaheim, California on Sunday, where it was screened for enthusiastic fans along with other footage from the film at a lively panel presentation with the filmmakers and cast.

“The Bob’s Burgers Movie” is an animated, big-screen, musical comedy-mystery-adventure based on the long-running Emmy®-winning series. The story begins when a ruptured water main creates an enormous sinkhole right in front of Bob’s Burgers, blocking the entrance indefinitely and ruining the Belchers’ plans for a successful summer. While Bob and Linda struggle to keep the business afloat, the kids try to solve a mystery that could save their family’s restaurant. As the dangers mount, these underdogs help each other find hope and fight to get back behind the counter, where they belong.

Disney+ just released the teaser trailer for “Obi-Wan Kenobi,” giving fans an exciting first look at the highly-anticipated limited series, which launches exclusively on the streaming service on May 25.

The story begins 10 years after the dramatic events of “Star Wars: Revenge of the Sith” where Obi-Wan Kenobi faced his greatest defeat—the downfall and corruption of his best friend and Jedi apprentice, Anakin Skywalker, who turned to the dark side as evil Sith Lord Darth Vader. 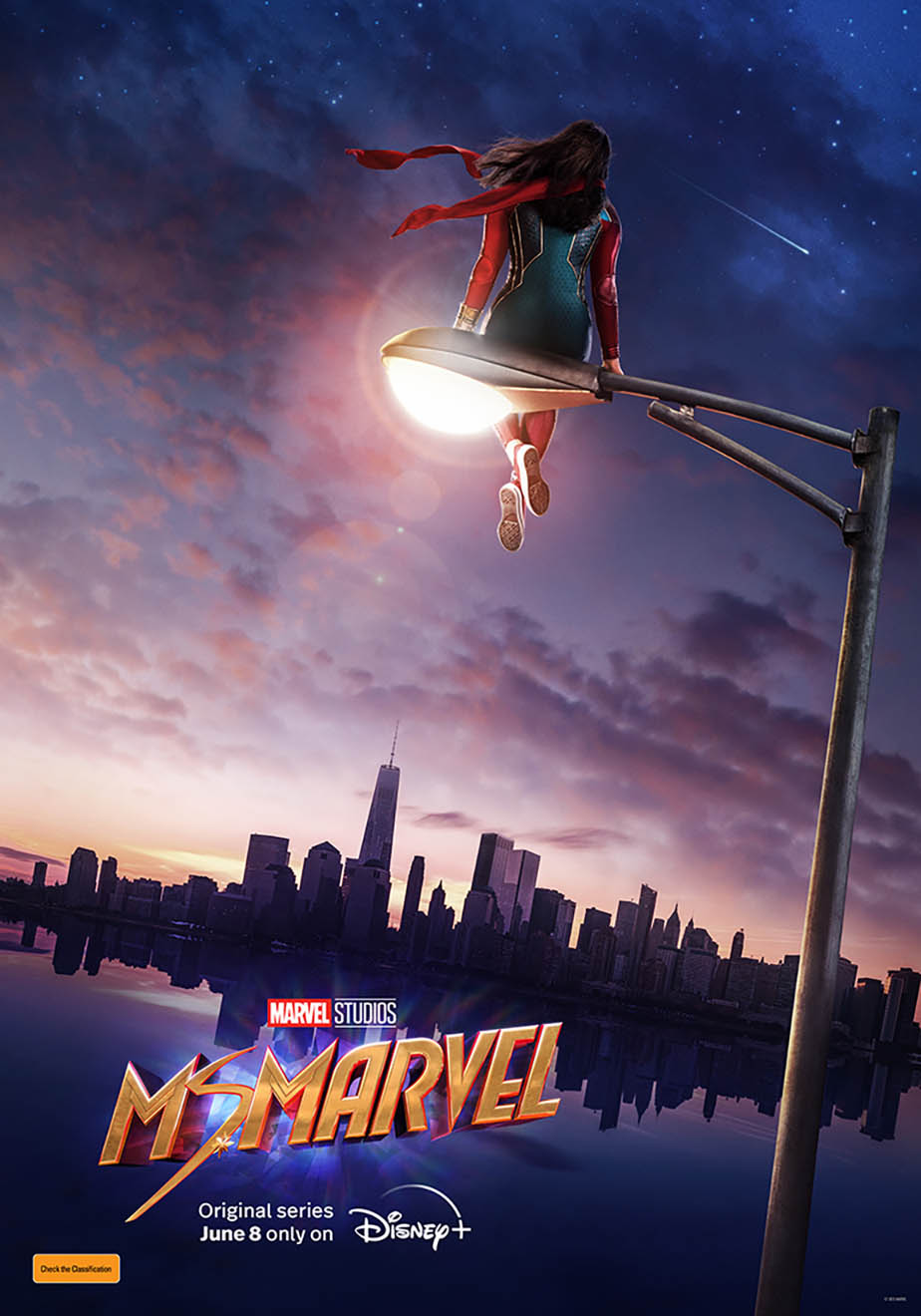 Disney+ just released the trailer and poster for Marvel Studios’ “Ms. Marvel” along with the news that the series will launch exclusively on the streaming service on June 8. The trailer gives viewers a first look at the MCU’s newest Super Hero as she tries to balance high-school life, her family and her emerging super powers.

Marvel Studios’ “Ms. Marvel” is a new, original series that introduces Kamala Khan, a Muslim American teenager growing up in Jersey City. An avid gamer and a voracious fan-fiction scribe, Kamala is a Super Hero mega fan with an oversized imagination—particularly when it comes to Captain Marvel. Yet Kamala feels like she doesn’t fit in at school and sometimes even at home—that is, until she gets super powers like the heroes she’s always looked up to. Life gets better with super powers, right? 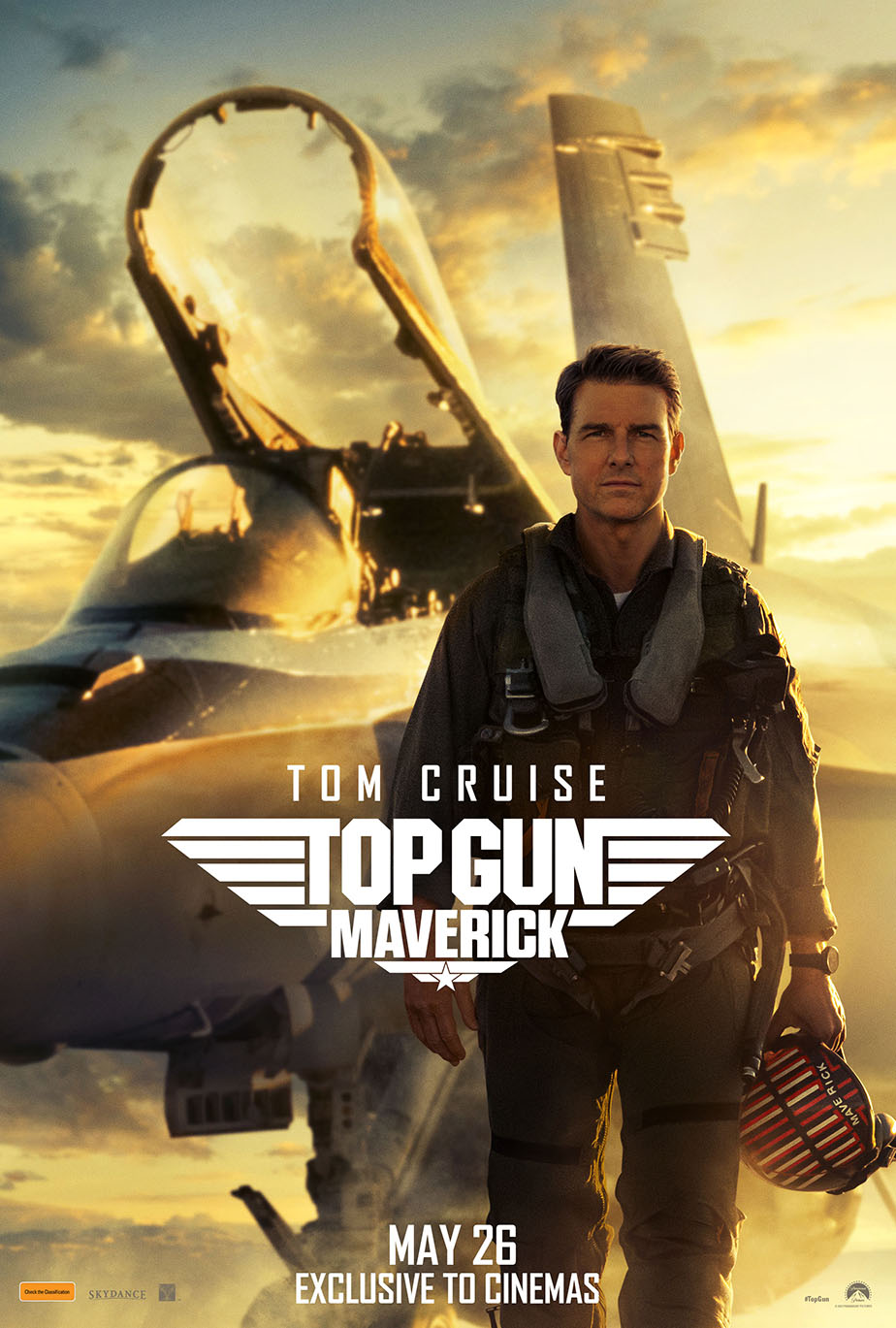 After more than thirty years of service as one of the Navy’s top aviators, Pete “Maverick” Mitchell (Tom Cruise) is where he belongs, pushing the envelope as a courageous test pilot and dodging the advancement in rank that would ground him. When he finds himself training a detachment of TOPGUN graduates for a specialized mission the likes of which no living pilot has ever seen, Maverick encounters Lt. Bradley Bradshaw (Miles Teller), call sign: “Rooster,” the son of Maverick’s late friend and Radar Intercept Officer Lt. Nick Bradshaw, aka “Goose.”

Facing an uncertain future and confronting the ghosts of his past, Maverick is drawn into a confrontation with his own deepest fears, culminating in a mission that demands the ultimate sacrifice from those who will be chosen to fly it.

BASED ON CHARACTERS CREATED BY 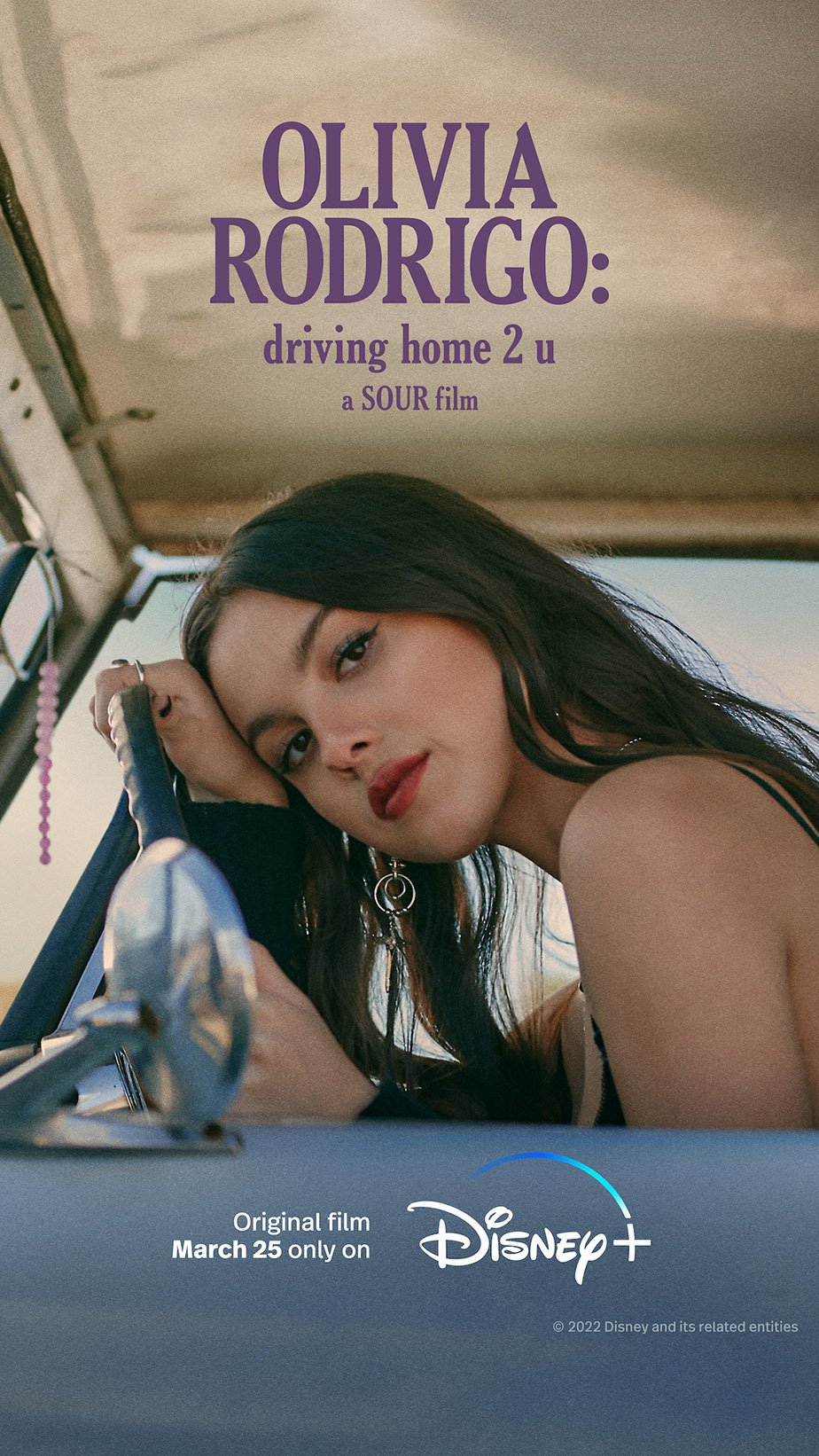 For the first time, Olivia takes audiences on a familiar road trip from Salt Lake City, where she began writing her triple-platinum debut album “SOUR” (Geffen Records) to Los Angeles. Along the way, Rodrigo recounts the memories of writing and creating her record-breaking debut album and shares her feelings as a young woman navigating a specific time in her life. Through new live arrangements of her songs, intimate interviews and never-before-seen footage from the making of the album, audiences will follow her along on a cinematic journey exploring the story of “SOUR.”  “OLIVIA RODRIGO: driving home 2 u” is a Disney+ original film from Disney Branded Television, directed by Stacey Lee and produced by Interscope Films and Supper Club.

The world’s favourite blue hedgehog is back for a next-level adventure in SONIC THE HEDGEHOG 2. After settling in Green Hills, Sonic is eager to prove he has what it takes to be a true hero. His test comes when Dr. Robotnik returns, this time with a new partner, Knuckles, in search for an emerald that has the power to destroy civilizations. Sonic teams up with his own sidekick, Tails, and together they embark on a globe-trotting journey to find the emerald before it falls into the wrong hands. From the filmmakers behind The Fast and the Furious and Deadpool, SONIC THE HEDGEHOG 2 stars James Marsden, Ben Schwartz as the voice of Sonic, Tika Sumpter, Natasha Rothwell, Adam Pally, Lee Majdoub and Jim Carrey returning, alongside new additions Shemar Moore, with Idris Elba as the voice of Knuckles and Colleen O’Shaughnessey as the voice of Tails.

In Association with SEGA Sammy Group

Based on the SEGA Video Game 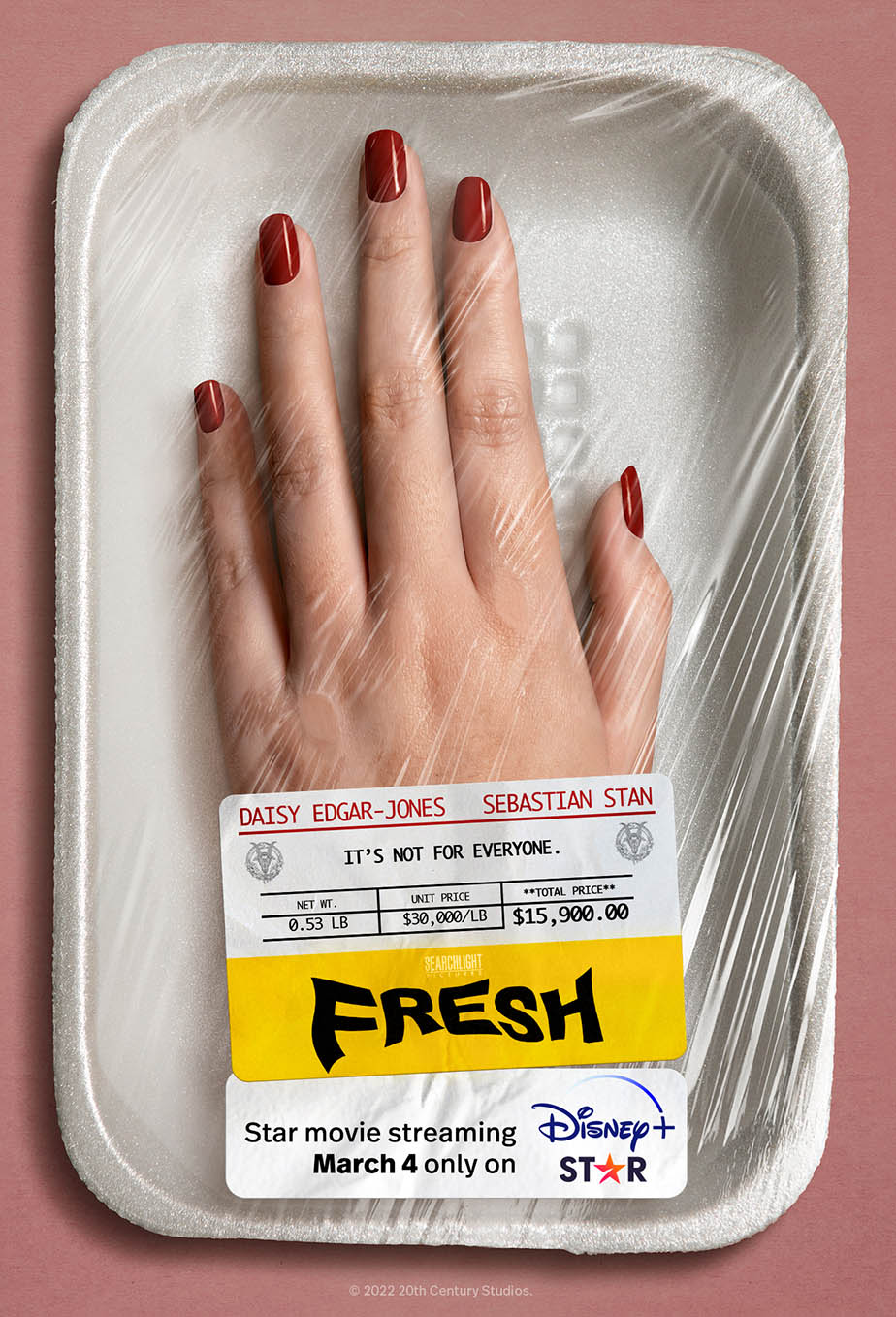 The trailer and artwork for Searchlight Pictures’ Sundance hit “FRESH” are available now. The film will be launching exclusively in Australia on Disney+ under the Star banner on March 4, 2022.

The Legendary Entertainment film is directed by Mimi Cave and stars Daisy Edgar-Jones (“Normal People”) and Sebastian Stan (“Captain America” franchise, “I, Tonya”). Penned by Lauryn Kahn, the evocative thriller was produced by Adam McKay and Kevin Messick under their Hyperobject Industries banner, with Maeve Cullinane as co-producer.

“FRESH” follows Noa (Daisy Edgar-Jones), who meets the alluring Steve (Sebastian Stan) at a grocery store and – given her frustration with dating apps – takes a chance and gives him her number. After their first date, Noa is smitten and accepts Steve’s invitation to a romantic weekend getaway. Only to find that her new paramour has been hiding some unusual appetites.

FRESH premiered at the Sundance Film Festival on January 20, 2022.

Robust parental controls ensure that Disney+ remains a suitable viewing experience for everyone in the family. Subscribers can set access limits on mature content and create PIN-protected profiles alongside the already existing Kids Profiles to give parents and guardians peace of mind. 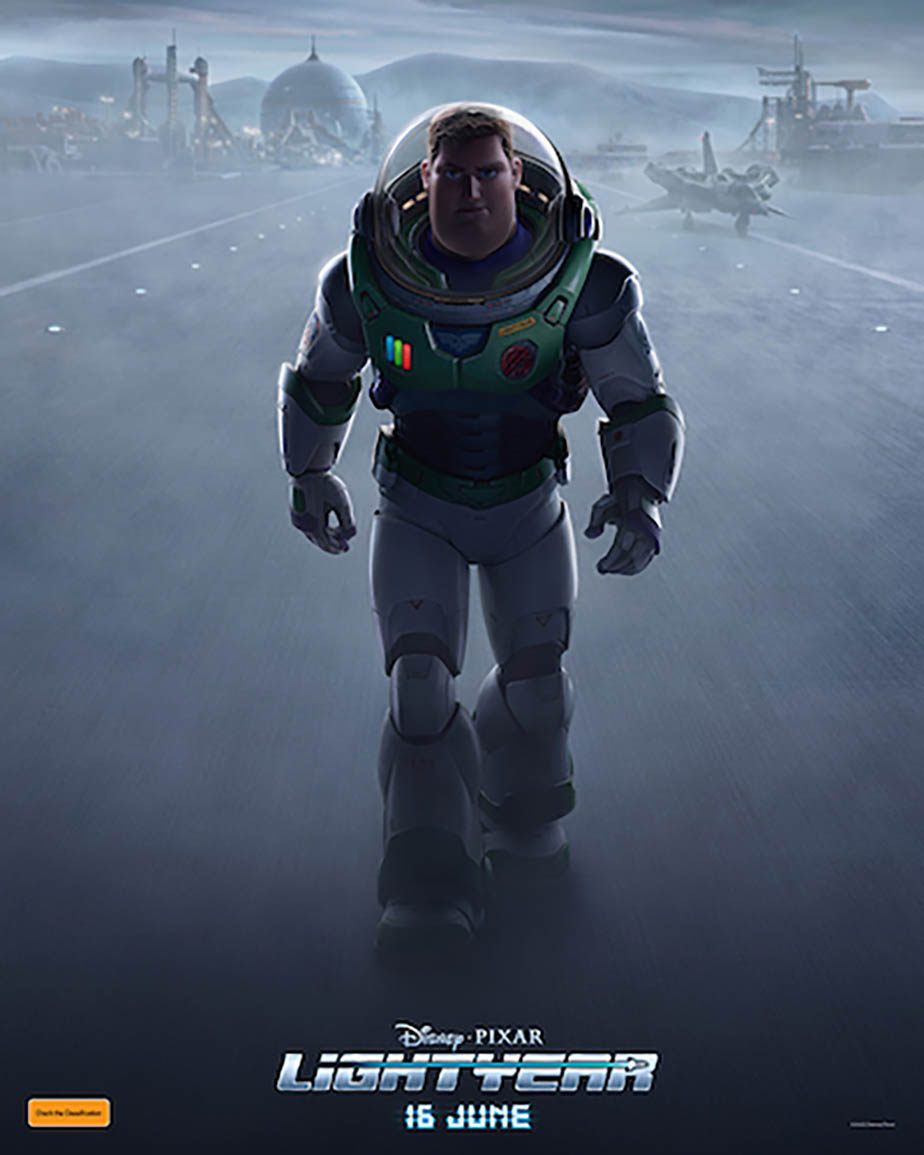 A new trailer blasts off this morning for Disney and Pixar’s original sci-fi action-adventure “Lightyear.” Releasing June 16, 2022, the definitive origin story of Buzz Lightyear—the hero who inspired the toy—follows the legendary Space Ranger on an intergalactic adventure. “Buzz’s world was always something I was excited about,” said director Angus MacLane. “In ‘Toy Story,’ there seemed to be this incredible backstory to him being a Space Ranger that’s only touched upon, and I always wanted to explore that world further. So my ‘Lightyear’ pitch was, ‘What was the movie that Andy saw that made him want a Buzz Lightyear toy?’ I wanted to see that movie. And now I’m lucky enough to get to make it.”

Joining the previously announced Chris Evans, who lends his voice to Buzz, are Keke Palmer, Dale Soules and Taika Waititi as a group of ambitious recruits. Peter Sohn voices Buzz’s robot companion, Sox, and the cast also includes the voices of Uzo Aduba, James Brolin, Mary McDonald-Lewis, Efren Ramirez and Isiah Whitlock Jr. “The cast for ‘Lightyear’ is truly a dream team,” said MacLane. “Each of the performers immediately inhabited their character, which gave us the opportunity to play a bit during recording sessions. This resulted in a level of specificity that elevated the material and brought additional depth to the characters’ relationships. It has been a privilege to work with such a talented and generous cast.”

Also revealed this morning, award-winning composer Michael Giacchino, who’s behind the scores for the upcoming film “The Batman,” as well as “Spider-Man: No Way Home,” is on board to score “Lightyear.” Giacchino has a long history with Pixar; he won an Oscar, Golden Globe and GRAMMY for the original score in “Up.” His other Pixar credits include “The Incredibles,” “Ratatouille,” “Cars 2,” “Inside Out,” “Coco” and “Incredibles 2,” among others. The Lightyear Original Motion Picture Soundtrack from Walt Disney Records will be available June 2022.