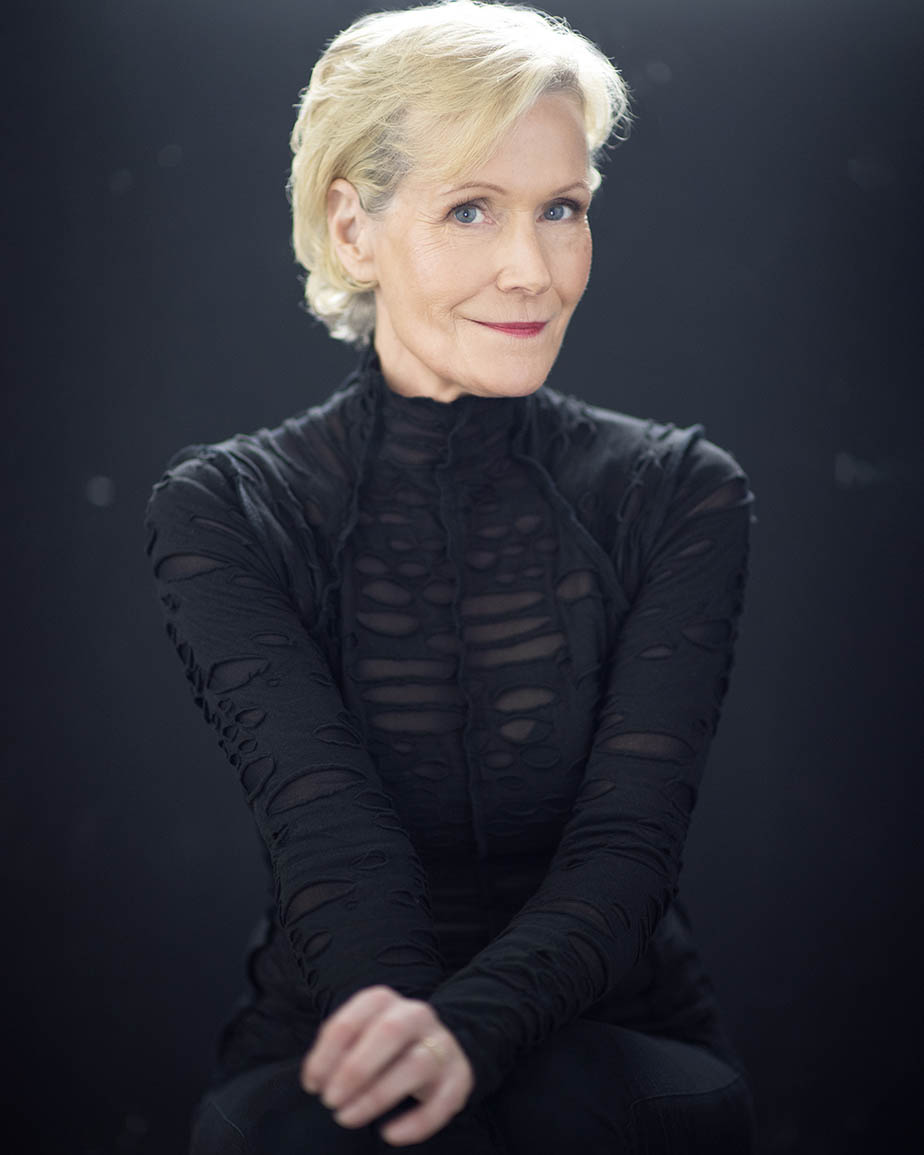 Barbara Bingham was born and raised in Hawaii, and her first TV credit was on the original Hawaii 5-0. She moved to LA, immersed herself in acting classes, and has spent the decades since working and refining her craft. Barbara’s film credits include lead roles in Friday the 13th Part VIII: Jason Takes Manhattan, Soldier’s Fortune, Cop Target, and Beyond Darkness. Television credits include the mini-series Space, movie-of-the-week Bridge Across Time, and appearances on highly popular television shows such as Knots Landing and The Colbys. Barbara has called Sydney home since 1996 and is a dual American-Australian citizen. 2019 brought roles in the Deadhouse Films series Deadhouse Dark and in the Steve Jaggi Company romantic comedy Romance on the Menu. She wrote, executive-produced the same year, and starred in her first short film Over the Edge, a Hitchcockian thriller currently touring the international film festival circuit.

FilmCentral magazine recently caught up with Barbara to discuss her journey in the industry, and here’s what went down:

I was born and raised in Hawaii (as was my mother) and moved to LA in 1978 with the dream of being an actor. Success came quickly, and I was proudly in the 1% of the SAG (Screen Actors Guild) members earning a living as an actor for the 18 years I was living there. In 1996, my husband and I left our home in Malibu to move to Sydney for “a couple of years” when my son was ten months old, thinking we’d move back to LA when he started preschool. Well, he’s 26 now, and we’re still here; Sydney is our chosen home.

I performed in musicals and did modelling jobs during all four high school years. I thought I wanted to be a musical theatre major, only to find out I really couldn’t sing or dance! My first acting job after graduation was on the original Hawaii 5-0, and while standing on that bustling set, it was like a bolt of lightning went through me, and I thought, “this is what I’ll do for a living!”

I love the deep emotional and psychological understanding of other people. Being able to construct the thoughts and motivations of someone other than myself is truly my passion. After 40+ years of acting, I still get complete joy from creating a character and having insights into why they feel and behave the way they do. And I’ve been lucky enough to play a variety of roles, from femme fatales to scream queens in horror films.

Also, there is something very special about a group of actors (and crew) coming together to freely express their talents for the greatest good of all involved!

I love movies; being a lead in a feature is the best job! I thoroughly enjoy breaking down a script and creating the character’s arc for each scene and the arc for the entire story. I always found working in series difficult because you were walking into an established unit with the cast and crew. When you are only coming in for a few days or a week, I found my enjoyment level was directly related to how generous and welcoming the lead actors were (or not).

I have found my American accent has been my biggest challenge getting cast here. For some odd reason, Americans are not considered a part of the Australian storytelling landscape. You’d think no Americans ever lived here! I’ve tried desperately to adapt an Aussie accent studying with Jenny Kent and Robert Maxwell, but alas, “the dingo ate my baby” might always be my Achilles heel. Hopefully, one day, I’ll be considered part of Aussie storytelling’s fabric.

Listening and creating a vibrant inner life. During the years I took a break to raise my son, I did corporate role-play work where you have to listen and react at the moment depending on what the participant says. That work kept my instrument finely tuned, so it was an easy transition when I returned to film acting. The great thing about acting is you always have skills to learn and refine. I’ve been in Les Chantery’s class this year for self-testing skills and to sit in a room full of 25 year old’s and be treated like a peer is a testament to the generosity of actors and the sense of belonging in a community.

It’s all about trust. If you trust them to do their job, they will trust you. As actors, we get very precious about our characters, and I’ve learned that if you lean into the director and their vision, it will only enhance what you can bring to the screen. There’s a direct correlation between the performances I am proud of with the directors I adored working with.

What I’m coming up against now is being visible in my 60’s. I am turning 65, and the world is telling me it’s time to go away and get ready for the retirement home. 50% of the roles I go out for are for old dotty grandmother stereotypes, and I’m NOT that. Sadly, ageism is alive and well in our industry which is why I wrote my short film, Over the Edge, to be able to play an interesting, complex woman at my age. There is a fight in me to stay visible and relevant; I believe the best is yet to come!

I’ve always loved this part of the process. It’s like mining for gold in a script. Fleshing out the character and inhabiting their world. I feel the biggest challenge is getting locked into choices too early. You have to allow yourself time to walk around in your character’s shoes and be open to what the director and your fellow actors bring. It’s the process of discovery where you can connect the dots to why a certain behaviour serves the story.

I have a corporate role-play company called Corporate Actors Australia that I started with three other actors. We have a large range of clients from Macquarie Bank, Ampol, Deloitte, AusIndustry, and Macquarie University. It’s very fulfilling work being able to help our participants with their communication skills. I also mentor a lot of young actors, and I urge them that they need to build a big beautiful life outside of acting. Relying on acting to fill your cup is never a healthy choice.

Oh goodness, after 40 + years? I probably have to go back to my first day on set at Hawaii 5-0. James MacArthur, who played Danno came up to me and asked how I was; I must have looked petrified because he said, “just hit your marks, you’ll be fine.” I blankly stared at him, “Marks? What are marks?” That gorgeous man then gave me a masterclass on finding your light (the big hot klieg lights back then) and how to enter and exit scenes to block your steps to hit your mark every time! His kindness and generosity that day touched me and made me want to always be as helpful to newbies as well.

Too many stories to tell! LA in the ’70s and 80’s?! There were dates with Robert Evans, who offered me a contract at Paramount only to take it away when I wouldn’t put on his black satin pajamas. I was under contract for Kraft with Chris Lemmon, and meeting his dad, Jack, was a highlight. A kind, loving, FUNNY man. I worked with Chuck Norris, James Garner, Beau Bridges, James Arness, Charlton Heston, and Charles Napier, among others. Kane Hodder, who played Jason in my Friday the 13th, is MENSA. I met Elizabeth Taylor backstage after a Love Letters performance; her eyes are violet! Back in the 80s, I used to audition with Bryan Cranston; he was probably the hardest working actor I knew, he deserves every bit of success he’s created, and we’re still friends to this day!

Well, it would have to be another wide-eyed optimist!

I’d love to create/write more complex female roles for older women. Who says I can’t play a femme fatale at 65? I was approached earlier this year about turning my short, Over the Edge, into a feature film. Enzo Tedeschi, my co-writer and director, and I are developing two versions. One is an expansion of the short film, and the other is a more character-driven piece that dives into what the protagonist Simone is willing to do to regain her mojo. Turning Over the Edge into a feature film would be a dream come true!