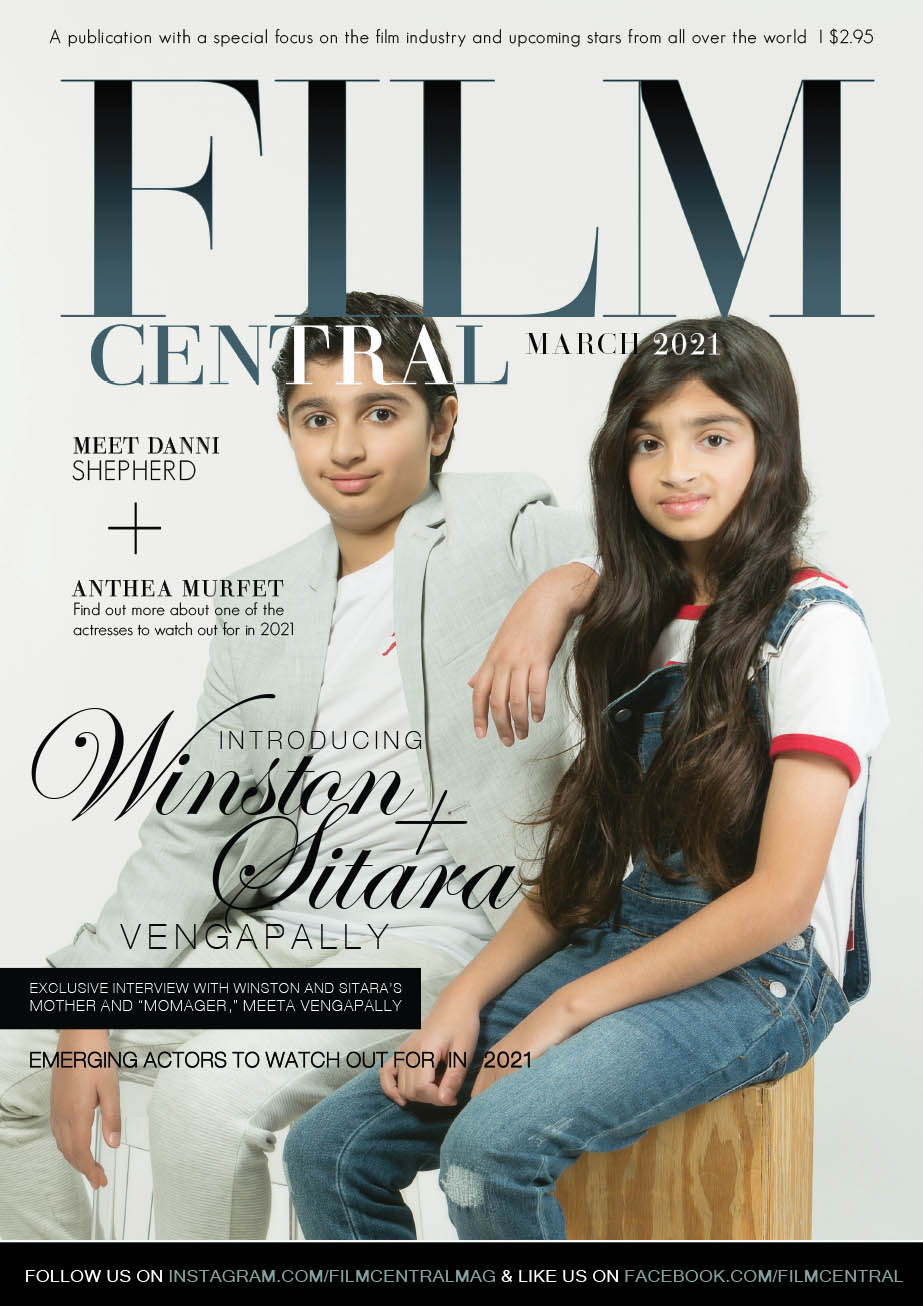 Winston Vengapally is an up-and-coming actor as well as a comedian. He was recently seen in the movie: “Big Feat” as well as in the music video of “Be Legendary” as the lead singer’s child version. He is currently represented by multiple agents and managers around the world.

Sitara Vengapally is a 12-year-old actress, and one of the most sponsored kids on social media. She recently booked a guest star appearance on a Netflix hit series (name under NDA) which is scheduled to shoot in a few weeks. She also starred on Netflix’s “Magic for Humans” as well as in the movie: “Big Feat.” Sitara is represented in several markets around the globe and she’s also an Instagram star as well as a favourite to many famous brands. In fact, she has been sponsored by brands such as Chi Hair, Target, Shein, Pat Pat, Vtech, and many more.

FilmCentral Magazine recently did an exclusive interview with Winston and Sitara’s mother and “momager” Meeta Vengapally and here’s what went down:

Can you tell us more about yourself? How did your kids get started in the entertainment industry?

I am a businesswoman, influencer, writer, and I manage both of my kids: Winston and Sitara Vengapally. They actually got started by accident, I was invited to speak at a business panel at a convention center in a hotel and there was a Disney open call audition happening next door. I was there with my husband and both kids and we planned on spending the night there. As we checked into the hotel, the lady beside us happened to be a casting director and asked me if we were there for the Disney open call. I said no and told her we were there for the business convention. She said hello to the kids and wanted to know if they would like to attend the open call. Kids had a blast meeting everyone and with the entire experience. They caught the bug once they read the short script provided to them and wanted to explore the path. The rest is history.

What do they enjoy most about acting?

Their favorite is the experience of living the life of many different characters. In one project they are playing superheroes with special powers and in another, they are planning a mischievous escape from school. I think the variety of genres (comedy, drama, thriller) keeps their imaginations at their peak. As an actor, you never really know what role will get thrown at you and you just have to be ready for anything. This is one of the things I work with both kids on a daily basis, practicing and honing in on emotions including happiness, sorrow, anger, and how to cry on demand. 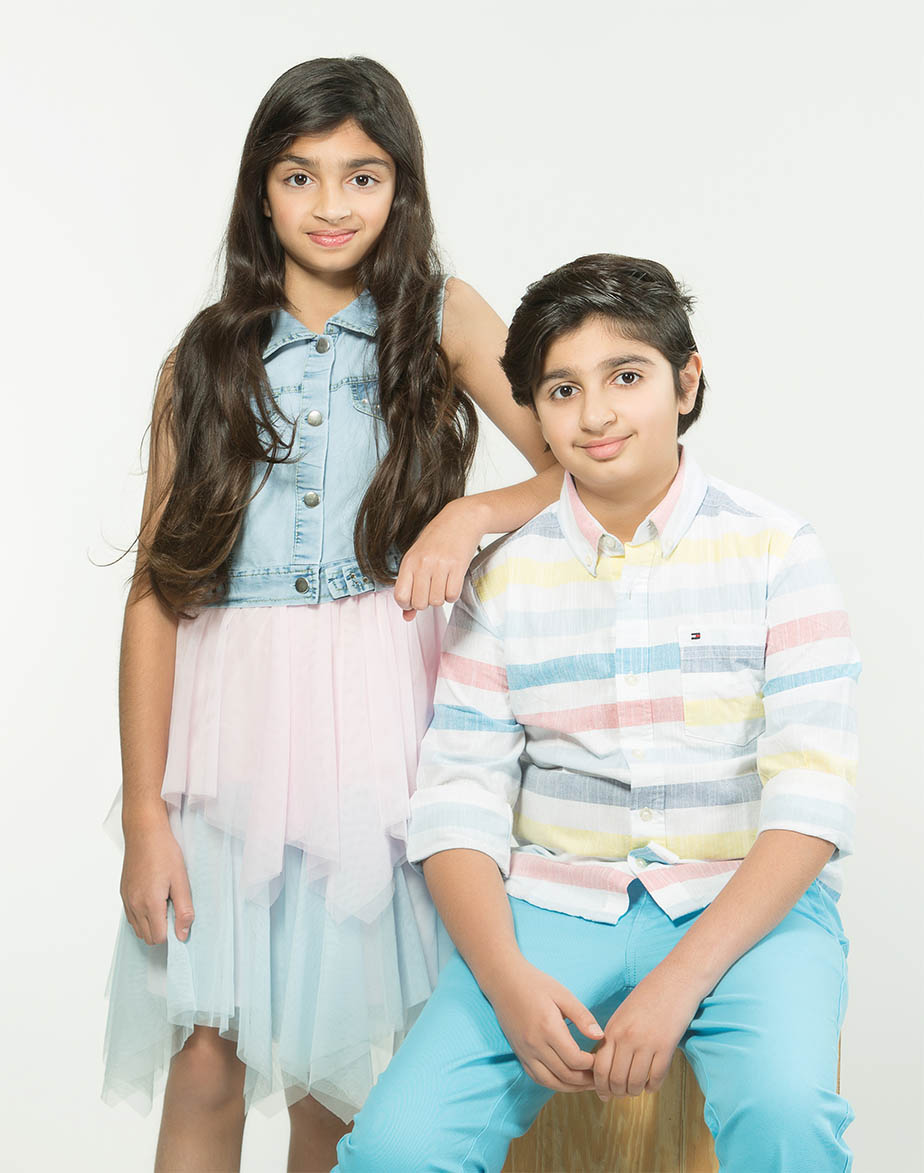 What are their weak points when it comes to acting? How do they try to improve them?

I think one of the challenges for every actor is how to quickly change characters, as it requires an entire emotional shift and then finding that place where it feels true to be in the role. They work on this with their coach and by playing a wide range of roles. This is definitely a work in progress and with more experience they will improve their craft.

What are their strong points as an actor?

Winston and Sitara both are quick learners and take directions very well. I say this based on the feedback they’ve received from the directors, producers that have worked with them on different projects. Another strong trait that I think is really amazing is that they tackle every role, character, project, without losing their natural instinct. There are choices that actors have to make at any given moment and I admire how Winston and Sitara allow their intuition to guide them vs. faking something they are not.

What have they learned from the directors and industry experts that you have worked with throughout your career?

They were only 9 and 10 when they got started in this business, I think the key takeaways they have learned at such an early age is that politeness, kindness, and working hard takes you far. They have heard countless stories from famous directors and other industry experts on how they got started and it has a humbling factor on them to learn that everyone starts at ground level. It is so easy to get discouraged and disappointed in this business like you have your heart set on a project, and you work your butt off but you don’t book. One thing both kids have heard repeatedly from everyone they’ve had the honor to work with or meet in their journey is to keep going and not give up. 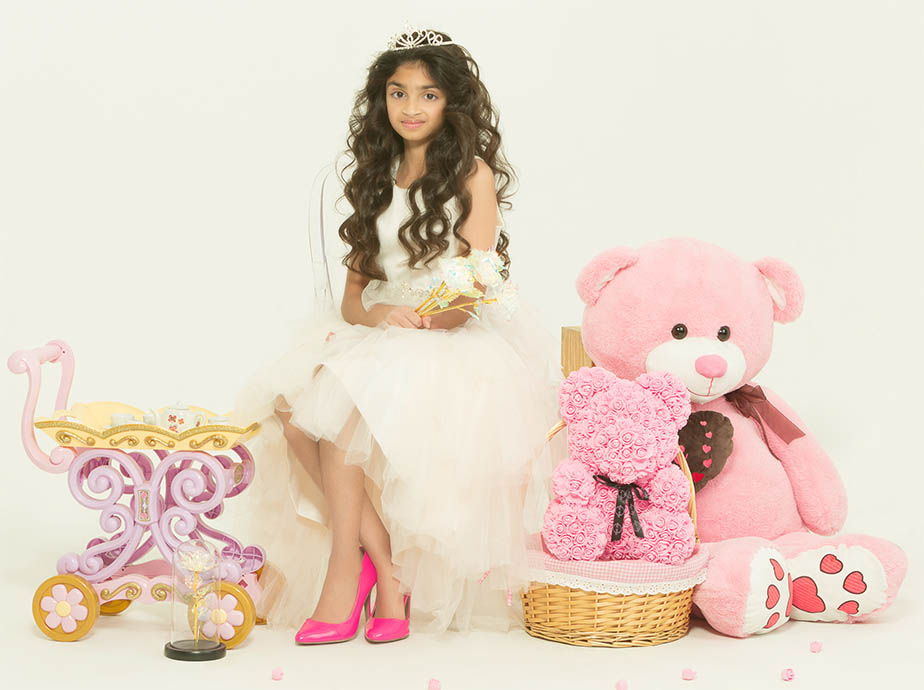 The biggest challenge of this business is that you can’t get your hopes up on any project. I continue to train my kids to put in their 1000% effort in each audition and as soon as that audition is over, forget about it. It is so easy to get tied up in thinking if you did well or not or if there was just feedback that can be provided. Unfortunately, in this industry, no news is bad news. You only hear back from casting or producers if they liked what they saw. However, in our case, these kids stay extremely busy. They sometimes get multiple auditions daily so it keeps them going. For us, the challenge is the juggling act, which I guess is a good problem to have.

For my kids, it is almost always finding a link/bridge to their personal life in one way or the other. Most of the time the scripts are relatable but occasionally they’ll get something completely out of the blue like the character is an orphan living in an orphanage and the script is surrounding those emotions. In such cases, whats helped them is to create a story in their personal life about something/someone similar and living through that. It always helps when they can visualize the character in real life and then work backward if you know what I mean.

What do they do when they are not on set?

These guys are always filming, seriously. They each have so much filming equipment at home. They are also Top Video Creators on IGTV, so they make content for Instagram regularly as well, including sponsored content. Aside from that, they both love to play competitive sports. Winston plays in a Basketball competition and Sitara is in a Soccer competition. When not on set, they are with their teams practicing and playing games. They also love to play with their friends (who they see occasionally, depending on their schedule). Biking, gaming, and just hanging out on the front porch with their pals is still a fav for both.

What has been the most memorable experience of their career so far?

The most memorable experience is definitely their first big booking. For Winston, it was a show for Comedy Central, and for Sitara, it was her project for a Netflix series. Winston met some amazing actors on set and they are good friends since then. For Sitara, it’s also the people she met but also the amazing wardrobe, jewelry, make-up, etc. She enjoyed every bit of it all. 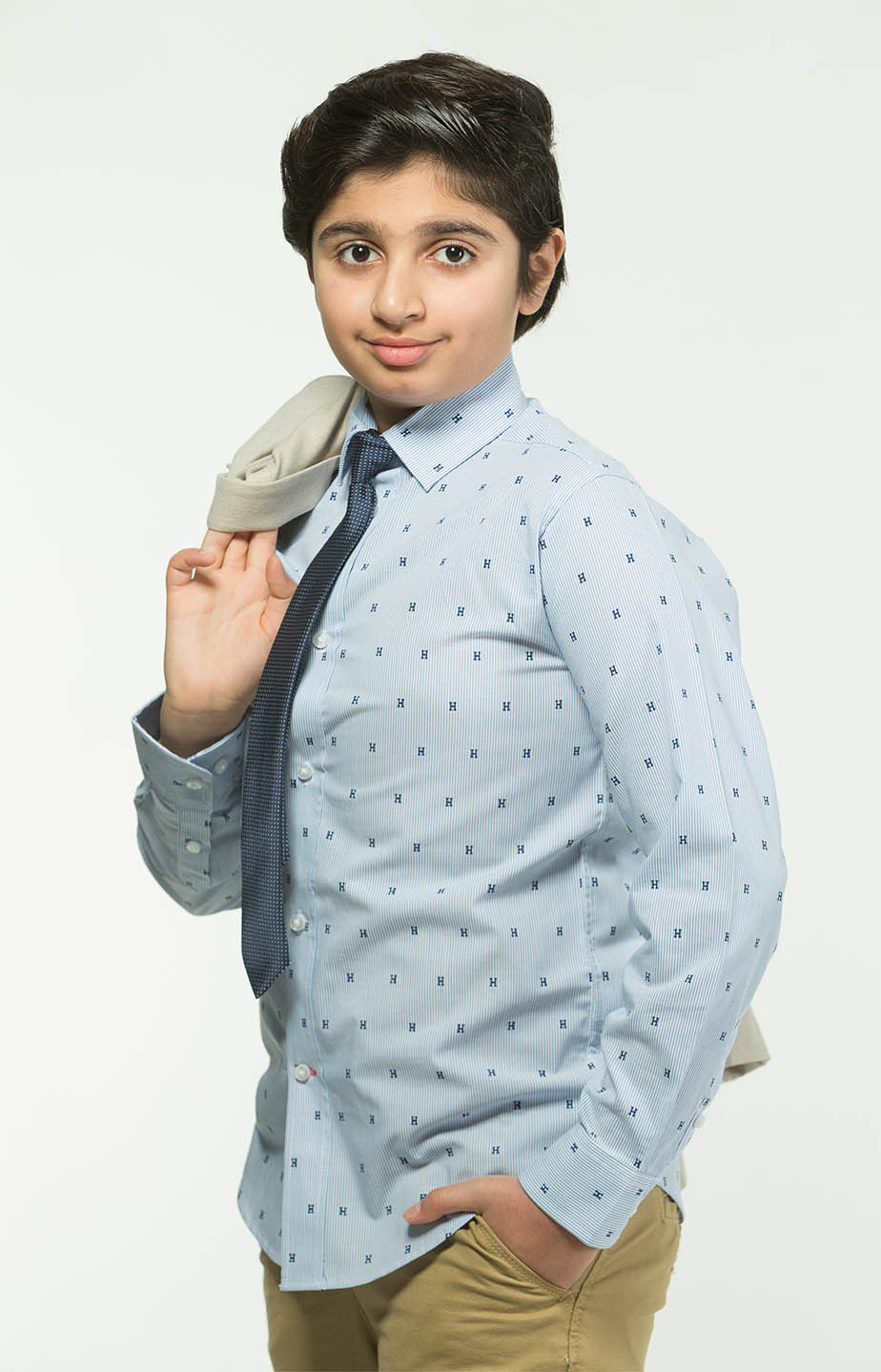 How do you help your children plan for the future? Inside their acting career or out of it.

I love this question. The way I see their acting endeavor is equivalent to any sports kids play. The only difference is that they are working in this industry vs. if it were any other industry they don’t work till they are adults. I see it as they can get bored of this any day. Because they are in business and are learning what commitment, building relationships, and hard work look like I think it’s vital for them to receive ongoing training to stay solid. I have a simple strategy in place that I use with them daily. Each time they receive an audition, I offer them an out. This helps remove the pressure like feeling where they feel like that’s too much work and it also provides a reality check. It places the responsibility of all the work required to put onto them but also makes them think hard and reevaluate their commitment and intentions. Mind you, getting an audition is only half the equation, there is an insane amount of effort and work that goes into executing it successfully. By offering them an out it becomes evident how much their heart is into it. I have to say, I get stronger and more genuine performances since I started doing this. 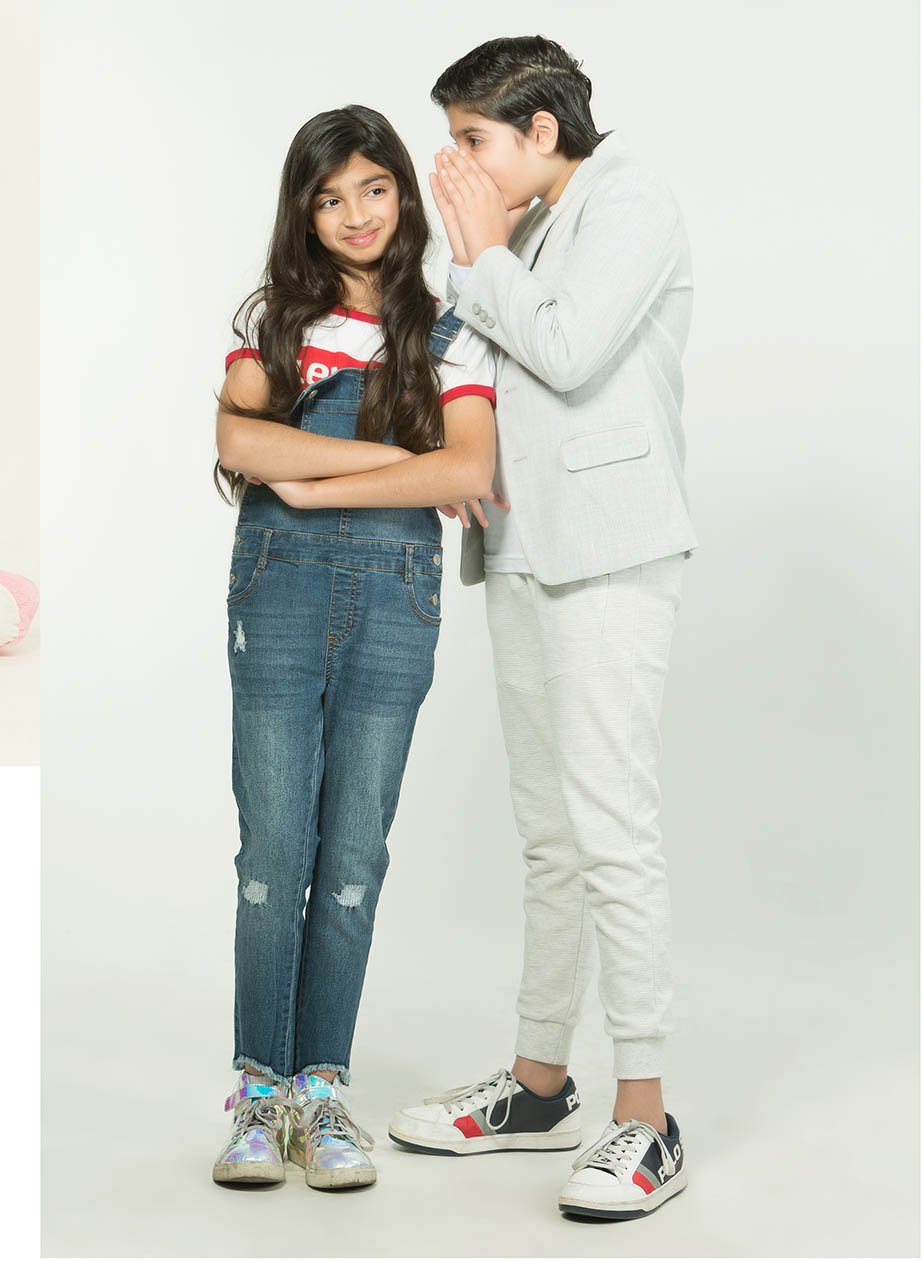