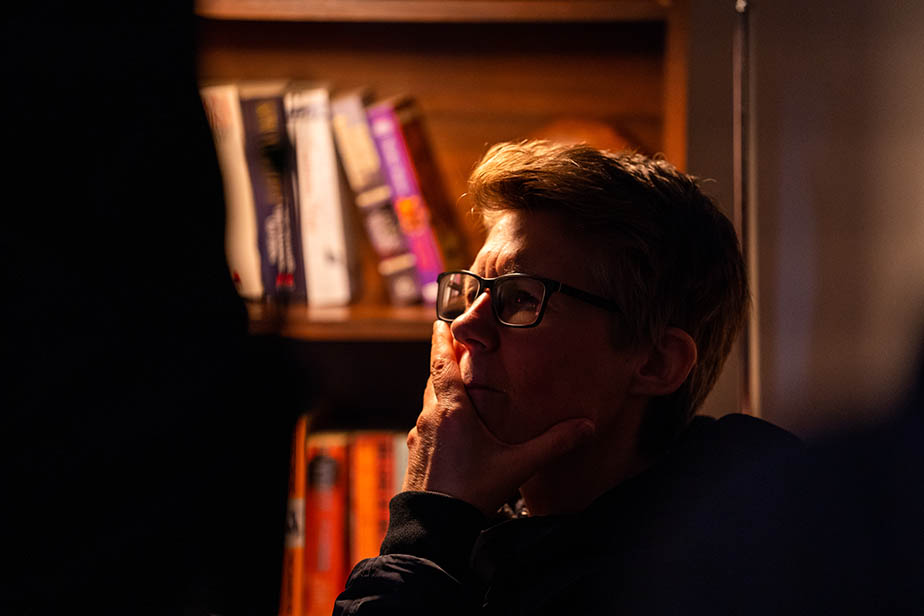 Julie Kalceff is an Emmy award-winning Australian writer, director, and producer best known for writing, directing, and co-producing the television series First Day. This ground-breaking story of a 12-year-old transgender girl starting high school was the first Australian series to star a transgender actor in the lead role. It sold to multiple territories worldwide including Hulu (US) and CBBC (UK). In 2021, the series won the International Emmy Award for Best Kids Live-Action Series. That same year, First Day won the Rose d’Or, and a GLAAD Media Award (Children and Youth) which honour media for their fair, accurate, and inclusive representations of the LGBTQIA+ community and the issues that affect their lives. The second season of First Day was released in March 2022 and is available on Hulu in the US and ABC iView in Australia.

In 2020, Julie was part of a “powerhouse female directing team” that spearheaded the feature film anthology drama Here Out West.

Julie first gained international attention when she created, wrote, directed, and produced the global hit digital drama series Starting From Now. Attracting critical and popular acclaim, it is one of the most-watched web series in the world – amassing over 190 million views in 230 countries. The series was also sold to and played on broadcast television in Australia.

FilmCentral magazine recently caught up with Julie to discuss her journey in the industry, and here’s what went down:

Could you please tell our readers a brief background about yourself and how you started in the industry?

I started in the industry as a screenwriter. I used to read a lot as a child. My mum worked in the library at my primary school. Every day after school I’d go to the library and read while I waited for her to finish work. I got my love of books and stories from her and always wanted to be a writer. When I was nearing the end of high school I was encouraged by the teachers at my school and the adults in my life to find a “real” job. They saw writing as a hobby at best and not something that should be pursued as a career. It was considered wise to have “something to fall back on”. Lacking the confidence in myself as a writer and not having the courage to stand up to them, I did what they said and trained as a high school English teacher. It was only after I’d been teaching for 5 years that I realised I had to make a change or I’d regret it for the rest of my life. I resigned from my job and started teaching myself screenwriting. I was accepted into the Australian Film Television and Radio School (AFTRS) in 2001 and completed a two-year Masters of Film and Television (Scriptwriting). While there I had my first taste of directing when I co-directed a short film I’d written called ex. 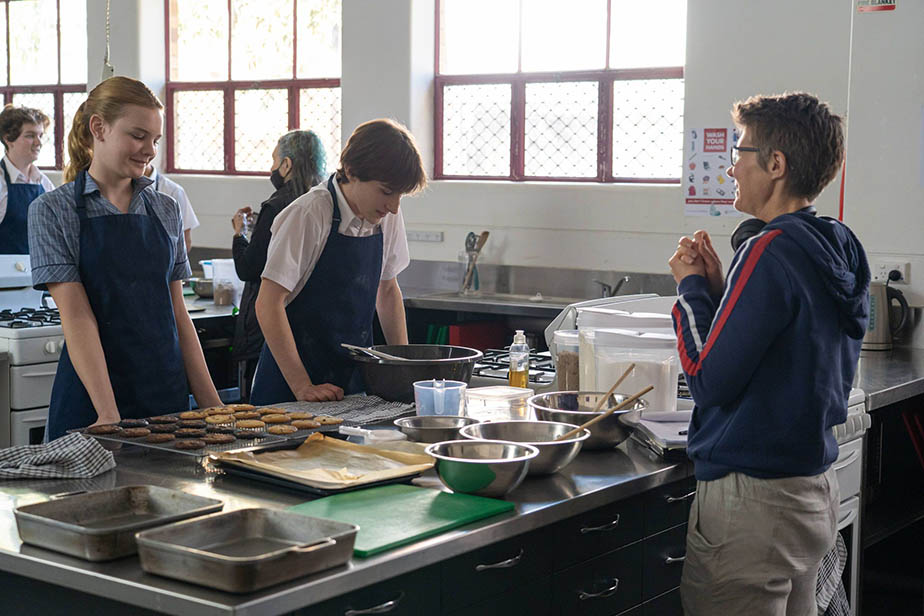 What is the most difficult part of your artistic process?

For me, the most difficult part of the artistic process is sustaining self-belief. You have to be incredibly persistent in this industry in order to make inroads. I spent ten years post-film school struggling to find my place in the industry. It was another three before I had my first TV credit. Those first ten years were especially difficult. I had no idea if I would ever have a breakthrough in my career. The one thing I knew was that if I gave up, that breakthrough would never happen.

Do you try more to be original or to deliver to viewers what they want?

I don’t think these are an either/or proposition. I believe viewers want to watch screen content that is original. The breakthrough in my career that came ten years post-film school only came about because I decided to make a short-form online drama series called Starting From Now. At the time, people argued that drama wouldn’t work online, that only stand-alone comedic episodes that can be shared amongst friends stood any chance of attracting an audience. We made five seasons of Starting From Now over three years. I wrote and directed all thirty episodes, which quickly became my film school as a director. The series sold to SBS and has accumulated 190 million views to date. In short, there are a lot of viewers who want to watch content they haven’t seen before.

Where do you draw your inspiration for your stories?

When I graduated from the AFTRS I thought I had to write films and television series similar to those that already existed. I thought this was the only way to get something made, to land that first credit. The problem with that approach is you’re not writing from the heart. You’re trying to imitate, rather than create. A major turning point for me was when I realised I had to write the types of stories I wanted to see. I had to write from the heart and put myself on the page.

If you could tell your younger self anything, what would it be?

You will find your place in the world. It won’t be easy, but it will be worth it.

What was an early experience where you learned that screen content had power?

The audience response to Starting From Now took me by surprise. We received countless messages from viewers saying how much it meant to them to see a show about four women who happened to be lesbians but their sexuality wasn’t the focus of the series. The simple act of seeing complicated and complex characters who weren’t tortured by their sexuality or ostracised by society meant a great deal to our audience who had been historically underrepresented on screen.  You can’t underestimate the power of seeing yourself and people like you on screen. As long as these depictions are multi-dimensional characters who aren’t mined for cheap laughs or trauma, they can lead to a greater sense of self-worth, inclusion, and acceptance.

Screen content is incredibly powerful. It not only has the potential to do a great deal of good but it also has the potential to cause harm. As a filmmaker, I’m responsible for the work I put out into the world. I have to be mindful of the impact of my work and, as such, am very particular about the types of projects I choose to work on. 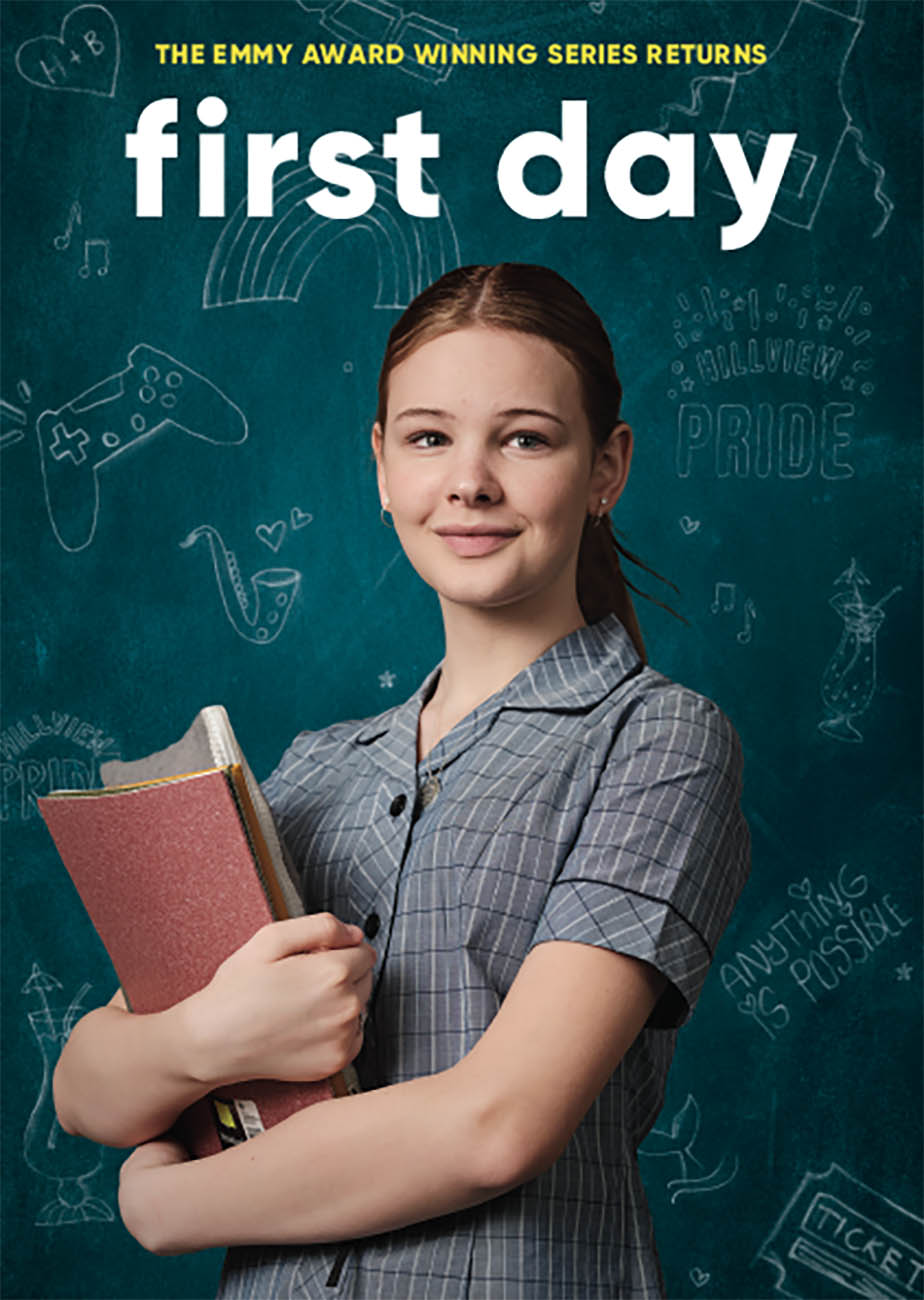 Can you tell us more about your latest film/television project?

My latest project is First Day (Season 2). First Day is a 4 x half-hour family television series about Hannah Bradford, a transgender girl in her second year of high school. It stars Evie Macdonald as Hannah and is produced by Kirsty Stark (Epic Films) and Kate Butler (Kojo). Kirsty produced the first season, as well as the stand-alone 20 minute episode on which the series was based. Both Seasons 1 and 2 of First Day are available on ABC iView in Australia and Hulu in the US (with more territories to follow).

Has it won any awards or had any big achievements yet?

It has sold to multiple territories around the world including the US, UK, Canada, France, Japan, Israel, Brazil, Taiwan, and South Africa. 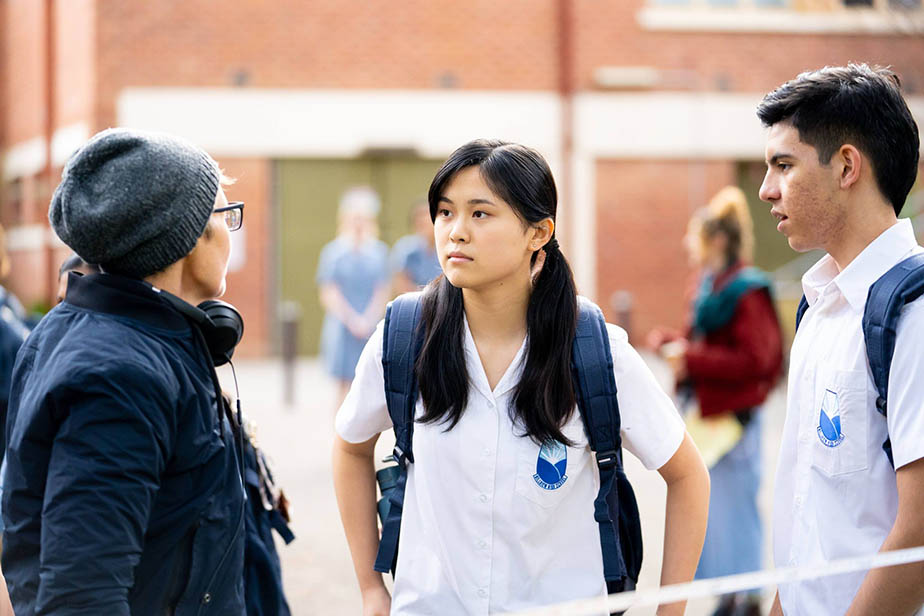 What is the best advice you have ever been given?

Find people you trust and work with them whenever possible.

What advice would you give to a newbie writer/director who wants to make it in the industry?

There isn’t just one pathway into the industry. Work hard, never stop learning, treat everyone equally, and, I know it’s difficult, but try not to compare yourself to others. If you keep doing those things, you might just find your own path.

What are your future plans?

I’m currently in the development of a couple of longer-form TV series and a feature film. I’m also attached to co-direct a feature documentary that’s slated to shoot later this year. The majority of my work has been as a creator/writer/director and while I’d like to continue doing that, I’m also interested in directing more projects I haven’t created or written. I have US management and hope to work in both the US and Australia in the future.