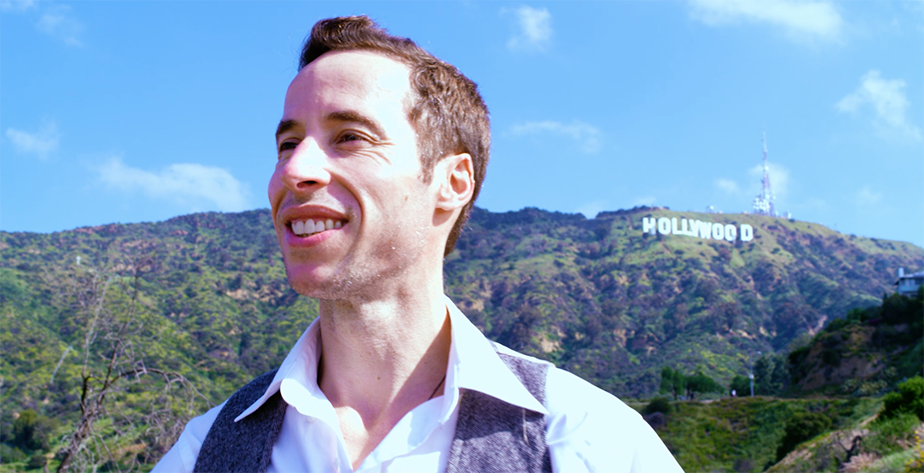 Jonathon James Williams is an Australian-born filmmaker finding ways to make his dreams a reality in Los Angeles. Back in Australia, Jonathon started out as a carpenter and construction worker making a living working tunnel construction and carpentry. During those long hours, he found himself daydreaming of sunshine and living the Hollywood dream. Following a near-death workplace accident, he decided to follow his lifelong dream and step into the California sun. He traded in his construction hat for a plane ticket, and never looked back.

Once Jonathon arrived in Los Angeles in 2013 he enrolled at the world-famous Stella Adler Academy of Theater in Hollywood. He cut his teeth there during his full-time studies and then began to produce and direct high-concept short films. He was also a former Masterclass Film director student of Academy Award-nominated actor James Franco. From there, he was able to jump into this industry and has been blessed with various opportunities to showcase his talents. Currently, he has spent the last two years producing, directing, and acting in “I Want To Thank The Academy”. This movie is in the spirit of Crocodile Dundee, but on the streets of Hollywood, where they deep dive into the actor’s world through the lens of an outback Australian farmer.

FilmCentral Magazine recently caught up with Jonathon to discuss his journey in the industry and here’s what went down:

The chance to embody another character. To be in a story that can bring joy, happiness, sadness, or education.

What is the most difficult part of your artistic process?

Keeping the faith and trusting your vision. There is limited support or celebration prior to delivering a great movie. Until that moment arrives, it is solitude and isolation. At times, I am the only one working on the project and which does lead me to find ways to keep the motivation going.

Do you try more to be original or to deliver to viewers what they want?

It can be a mix. All the movies I have ever directed reflect original storylines, but cinema does have a great history of norms, that sometimes have to be nodded to.

If you could tell your younger self anything, what would it be?

Keep dreaming and keep the faith.

What was an early experience where you learned that films had power?

As a kid, I grew up in a troubled home with an alcoholic mom in a suburb that borders the world-famous Broadmeadows in Victoria, Australia. But, every Tuesday my dad would rent 5 movies for $5 from Blockbusters and we would have them for a week. I used to watch movies all day, and it became my escape and set me froth on my future path. Movies help, they foster dreams and help people when they are down. They inspire, motivate, and can change hearts and minds. They educate people on the wonders of this world along with the cruelty of it. Since my childhood, I focus on creating a storyline that can help others. Just like past movies have helped me. 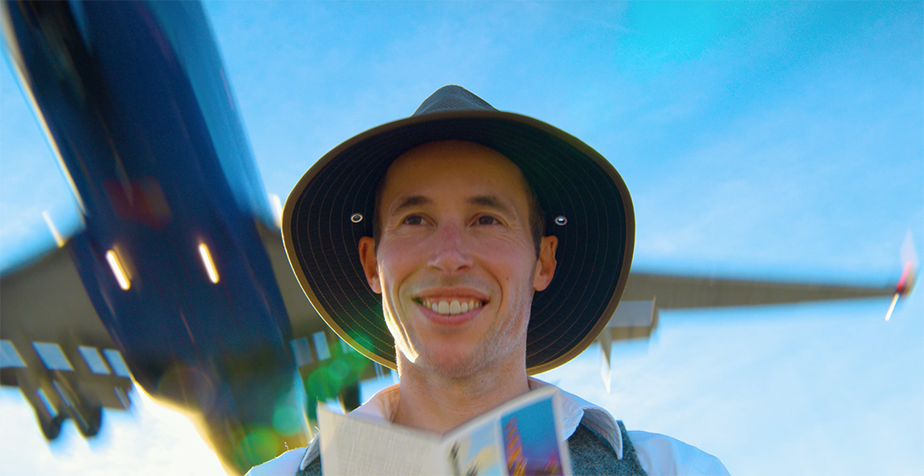 Can you tell us more about your latest film?

I just can’t think of too many Australian movies that were made in the United States. There was the Dundee’s, but apart from that, there’s been none. Until now. That’s what makes “I Want To Thank The Academy” so special. It will blow away the audience. A movie like this has never been done and this story has never been told and I’m more than happy to say it is going to be one of the greatest independent movies made. In the movie, Richard Wilken is an Australian cattle farmer who moves to Hollywood to chase his childhood dreams of becoming an actor. Richard takes the audience on an outrageous and audacious journey through Hollywood and life, as he moonlights with an unusual job and grinds away in an attempt to achieve his unlikely dream of being an actor. “I Want To Thank The Academy” is littered with a powerful ensemble of known actors: Rick Peters, Justine Wachsberger, Bruce Katzman, Cami Storm, Katarzyna Wolejnio, Noel Gibson, Steve Krahel, Tarek Tohmne, Jeff Alan Lee, Carolyn Crotty, Samantha Mahurin, Jonathon Williams, Jason Trevits and other notable names. We have a great collection of well-known actors that have done substantial international work. We have over twenty nationalities representing our cast and crew and several immigrants cast in this film. It is a movie that represents Australia in strong and fun light, showcasing the Aussie Spirit. Viewers will relate to the feeling of pride found in pursuing dreams in life and can watch it all unfold on the Hollywood stage. It truly is an extraordinary effort and the bar has been set high to deliver a multimillion-dollar movie on a fraction of that budget through hard work and hustle.

What inspired the story? How did it come about?

The original concept of the central character came from a misadventure on set. I was hired by a big time film director who has worked with the likes of Russell Crowe, Denzel Washington, Sir Anthony Hopkins and so on. I was cast as this Australian character in a supporting role and I was told to be super Australian and come to set prepared. At the time, I got no camera time, a few scenes and I believe the schedule got so backed up, I was forgotten. But it planted the seed for Richard Wilkin’s going forward. I then mustered together all of my wild and unusual experiences I have had in Los Angeles and in the acting world, then coiled them into the script and movie. Therefore, the movie is loosely based on real events. After that, it has been nonstop hustle; hard work; thousands of crazy hours of blood, sweat and tears that have gone into this movie.

What makes this story unique and why should people watch it?

This movie is one of a kind and centers on a story that has never been told. It is the only Australian movie since Crocodile Dundee to be filmed in the great United States.

Fun and daring, but before filming, we spent over a year on the script and then worked in some of the most iconic locations in Los Angeles, Hollywood Sign, Hollywood Blvd, Rodeo Dr, Santa Monica Pier and many more. It has been a blast and a film that shows the awesome and vibrant life of Los Angeles, and the acing world, but through the eyes of an Australian farmer. So, we had a wild and fun ride.

What was the most challenging part of bringing the project to light?

Did anything funny or exceptional happen on set? We had multiple scenes in some of the most iconic locations that are full of tourists and spectators, the main character Richard is dressed as if he is from the early 1900s so he sticks out like a sore thumb, so it is super funny for the average viewer watching us film. 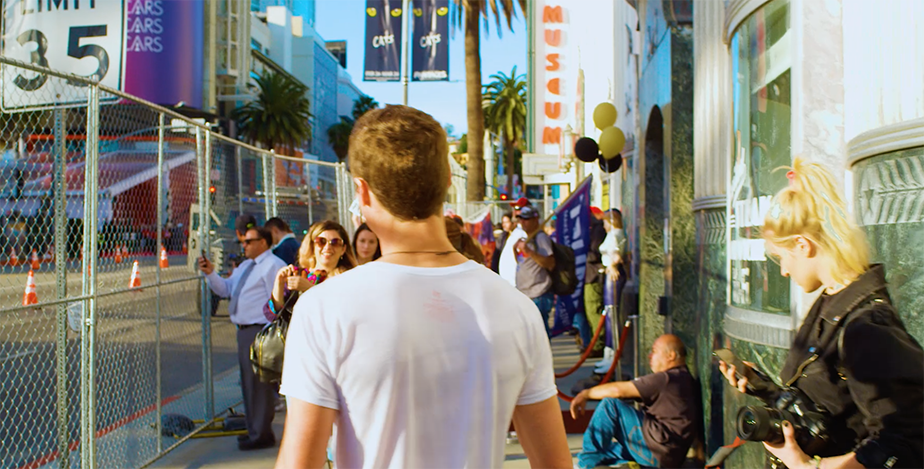 Directing and acting in my upcoming film, “I Want To Thank The Academy” I have mastered being patient in the process. By developing this skill, I have been able to spend time creating a movie that ultimately showcases the Australian culture right here in Hollywood. It takes time to artistically contrast the spirit of Australia along with the Los Angeles backdrop, but with dedicated work, it has successfully been done. By patiently believing in my vision, I have had the opportunity to create a movie that is in the vein of Crocodile Dundee. We have filmed at some of the most iconic locations in the world; Hollywood Blvd, Hollywood Sign, Rodeo Drive, and the Santa Monica Pier. It has been an incredibly amazing experience and it will live in cinema history. “I Want To Thank The Academy” is littered with a powerful ensemble of known actors: Rick Peters, Justine Wachsberger, Bruce Katzman, Cami Storm, Katarzyna Wolejnio, Noel Gibson, Steve Krahel, Tarek Tohmne, Jeff Alan Lee, Carolyn Crotty, Samantha Mahurin, Jonathon Williams, Jason Trevits and other notable names. This movie is audacious and amazing and it is from a whole collective of people from all walks of life that have brought this movie together. We represent almost every culture in the world with this incredible and diverse cast and crew and we feel that this movie does also represent the heart of Los Angeles and more so, the dare to dream which is in every single heart.

Other artists and creatives. People who have overcome challenges. Los Angeles is filled with immigrants coming to America to chase a dream. I have had profound experience getting to know the struggles of others as they have come here to live a better life. It has humbled me and I am grateful. They are all unique and different in they own way. Los Angles is such a melting pot of culture and so many people of different walks of life. We can always learn from anyone.

What is the best advice you have ever been given?

When I first moved to Los Angeles, director, and actor, Carlos Bernard always took the time to explain directing, storytelling, and life operating on big movie sets. But the greatest nugget I got from him was “you know what looks good on the monitor, and shoot for that”. It just simplified the process of having a very clear target to focus on when you have so many other components around you that can be daunting at times. 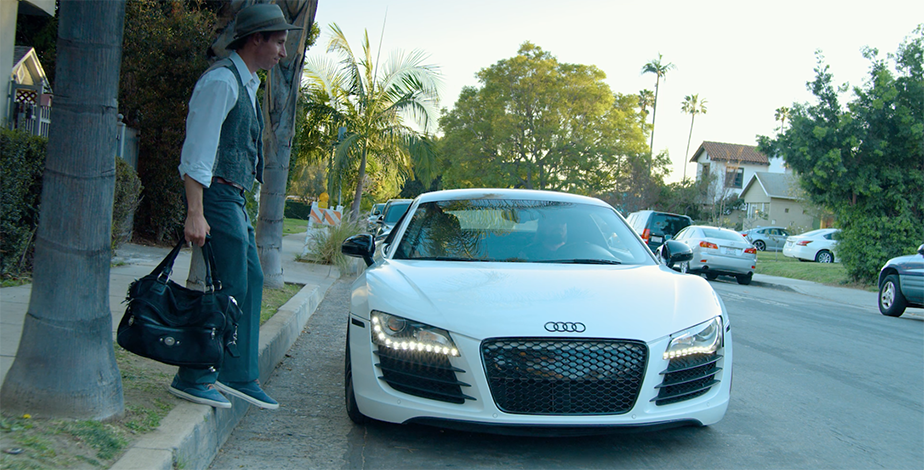 What advice would you give to a newbie director who wants to make it in the industry?

Dream, hustle, create, and do not give up.

A young Harrison Ford, we both started off as carpenters.

What are your future plans?

I’m currently in the festival phase and distribution of “I Want To Thank The Academy” which is going to be huge. I just got booked to direct a pilot titled “Home”, and then I’m tacking a movie on the Alien phenomena.

Is there is anything else or interesting you can tell us.

This upcoming film is a testimony to anyone out there with a dream. I grew up in the Los Angeles equivalent of South Central LA in the 1990s. The probability of a kid like me growing into the person I am today was slim. My entire childhood was something out of a Lifetime movie, and yet, I made it to Hollywood. What is interesting is how film saved me. It gave me the opportunity to triumph over my past. What is also interesting, is that anyone has the chance to make it. Often, the harder the struggle to get here, the more you have to express in your art. 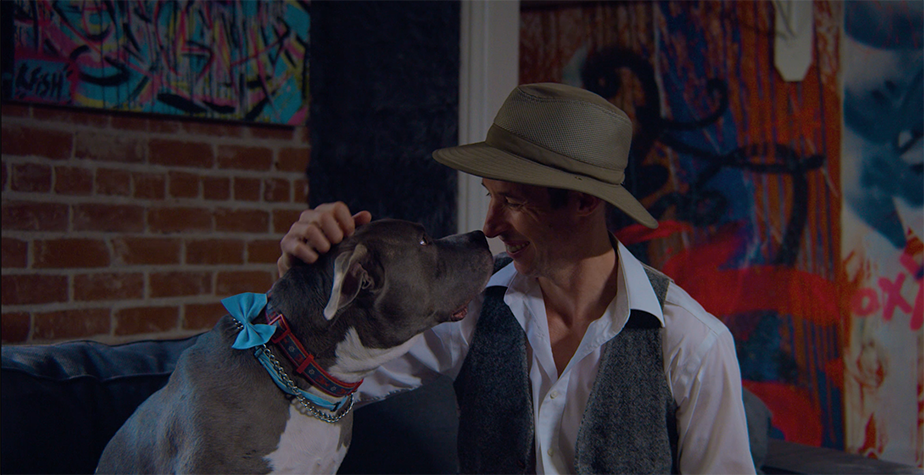